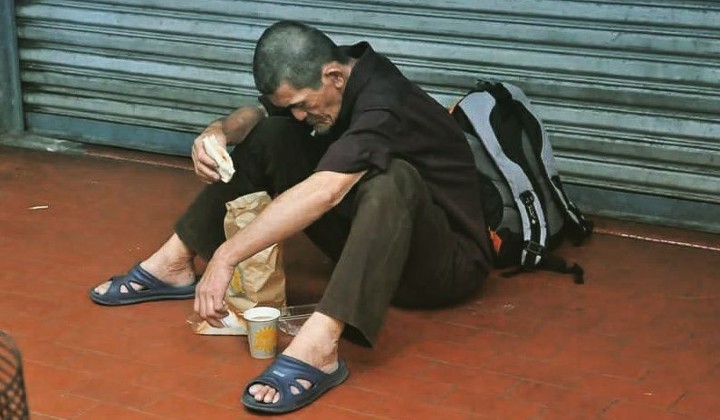 For some of us, it feels so far removed. The concept of poverty is distasteful, unpleasant, and seemingly simple. But it’s prevalent, and it’s also something we can do help with.

The government currently defines the poverty line at RM980 for a household of four.

However, the United Nations disputed the poverty figures in 2019, claiming that Malaysia’s definition is grossly unrealistic and outdated.

The present government definition is no longer appropriate. In many cities RM980 cannot even pay rent for a house.

According to economist Professor Mohd Nazari Ismail, who suggested the concept of relative poverty, which is defined at 60% of the national median income.

Since the Malaysian median income is RM5,000, then according to the theory of relative poverty households earning less than RM3,000 would be considered poor, accounting for around 20% of the population.

According to economist Tan Sri Ramon Navaratnam, a living wage must be able to sustain the family’s basic needs of food, shelter, clothing, health, education, and transport.

But even for the state or village, Navaratnam said with the lowest cost of living, just one individual living on RM33 a day is extremely difficult, let alone a whole family.

RM980 for a household is a severely unrealistic poverty standard.

The reason why the definition of poverty is so crucial in the discussion is due to economic policies.

Without first identifying the fact that Malaysia has a poverty problem, government social welfare programs will fail to properly support those in need and end up not being effective, wasting everyone’s time, money, and effort.

Why can’t they hustle their way out of poverty?

Unfortunately, the issue of poverty is never as simple as “work harder”.

We spoke to Grace Chan, a counsellor from Centre for Psychological and Counselling Services (CPCS), HELP University, on the psychological impact of poverty.

Grace has cautioned that those living in a low socioeconomic status (SES) face different difficulties.

Poverty will rob a person’s ability to realize his or her own abilities, to work productively and fruitfully and to make contribution to his or her community.

She quotes the Bronfenbrenner ecological systems theory, which offers a framework that examines individual relationships within their communities and the wider society.

Basically, it’s a reminder that individual humans do not function independently of their communities. In fact, all these systems impact and shape every single one of us differently, from the family that surrounds us to the schools or institutions that we take part in.

For those living in poverty, the systems that influence them are very different than those who don’t live in that kind of surroundings.

And whether we like it or not, our surroundings shape psychological development. It’s never as easy as “you’re just not working hard enough”.

So being poor is tough. What’s next?

There are many factors against the upward mobility of the poor, and poverty is too complex a subject to have an easy answer to.

But economists agree that education gives the best opportunities for a better future. This includes education in all aspects of life, not merely in the academic sense.

Things like financial literacy, good decision-making skills, and even moral values would be able to open doors to a brighter future.

The keyword here is equal opportunity. Are the poor allowed the same opportunities as the rich?

While students from a well-to-do family can focus on schoolwork and get help from tutors, can the same be said of students from poor economic backgrounds that have to work on the side to support their families?

So what can we do?

The most valuable thing that we can do is to be inclusive.

Many of us, when we think of giving to the less-fortunate, consider physical goods: cash, clothing, or a fast food feast.

Volunteer to teach skills such as reading, mathematics, financial literacy, or even basic computer skills. Even talking to them can strengthen their social and communication skills.

What we take for granted can be a truly novel experience for them.

And if you simply can’t volunteer, you can always talk about it to raise awareness for the lower SES community.

Poverty is not an individual problem. The nation can help. We can make a change.