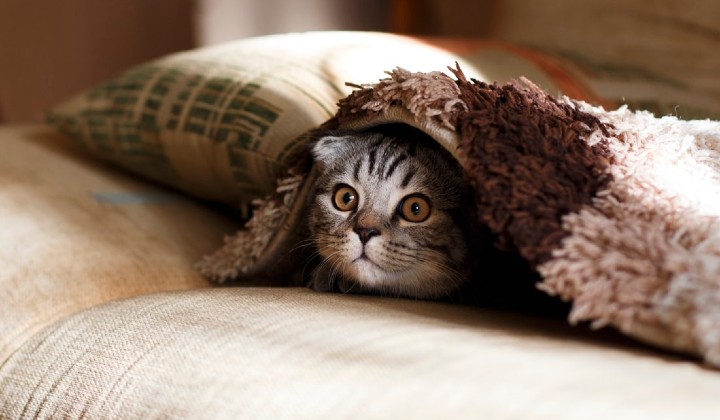 We get it, cats can sometimes be a handful. Dealing with an energetic cat can be difficult and time-consuming.

And while there are videos like this that teach you how to calm them down, it’s not necessarily the best thing to do for them.

In a video titled “How to deactivate kittens”, a Malaysian man is seen grabbing kittens by the neck, shaking them, and laying them down. This process seemingly calms them down.

While the man handles the kittens with care, it should be made clear that grabbing cats by the loose skin on the back of the neck- an action called “scruffing“- is not the best way to calm a cat.

Though it’s true that young kittens are carried by the scruff of the neck by their mothers, it’s only for the first few weeks as newborns.

Kittens reflexively go limp when picked up by the scruff, but that reflex is lost by adolescence.

Instead, in adult cats, scruffing causes fear and injury.

Adult cats are only scruffed during mating (for females) or being attacked by a predator. Thus, scruffing an adult cat can instantly put them under extreme stress. Even if they seemingly go “lax”, it’s due to behavioral shutdown or learned helplessness.

Once they are grown, the cat’s body weight becomes much too heavy to be carried that way as well, causing pain. Cats would also panic and try to wiggle their way out of the scruff-hold.

If you have a strong bond with your cat, they may simply be vexed at you for a while. But, a frightened cat might lash out and end up hurting both parties.

The right way to calm down a cat

There are many other ways to soothe a cat that doesn’t involve grabbing them by the scruff of the neck.

Try these options instead:

Drape a soft towel gently over a nervous kitty. This helps with overstimulated or nervous cats by giving them a bit of private breathing space.

Alternatively, you can wrap your cat similar to a baby’s swaddle, called a “burrito wrap”.

Depending on whether your cat is more food-motivated or play-motivated, use toys or snacks to distract and refocus their attention.

If you need to calm your cat to trim nails or provide medication, consider stretching out the unpleasant action.

For example, trim one or two nails before they get really upset and struggle away. Then repeat the process once they’ve calmed down again. Eventually they will become used to it and be able to remain calm throughout.