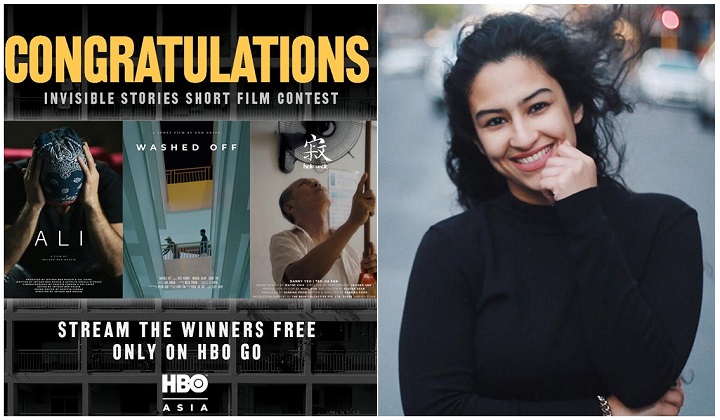 Malaysia has never been on short supply of talents, especially in the filmmaking industry. Weâ€™ve seen the success of Garden of Evening Mists and the selection of a Malaysian screenwriter for a prestigious Oscar-governed grant. Now, a shining new talent appears in the form of Ibtisem Ben Nassib.

The 30-year-old lass from sunny Kuala Lumpur marks another triumph for the local filmmaking industry by beating out stiff competition from all over Southeast Asia to emerge victorious at the HBO Asia Invisible Stories competition.

This competition by the American premium networkâ€™s Southeast Asian division is the first time HBO invites emerging filmmakers to share untold stories from their own neighbourhoods – which is exactly what Ibtisem did, and what she found was both beautiful and tragic.

The concept was intriguing, and Iâ€™ve always been drawn to telling stories of people that are rather forgotten. Itâ€™s the everyday people that inspire me, the crazy neighbour, the quirky taxi driver, the quiet security guard.

Her short film, Ali, is about a Syrian refugee who found himself in Malaysia, seeking protection and refuge from the bloody conflict that has ravaged the country since 2011. The film sheds a light on the reality of Syrian refugees in Malaysia, how he deals with the heartache of being away from his family, and of being stranded while surviving through turmoil in a place that is not his home.

Ibtisem reveals that Ali is a real person, introduced by her sister when she was searching for interesting characters and stories to explore. He was someone who was destined for great things but now makes juices for strangers 6 days a week- all due to forces outside of his control.

His tale is bittersweet and shines a light on the lives of those we donâ€™t see. It immediately grabbed my heart and I made it a point to find him and to find a way to tell his story – even if language was a possible barrier.

It was a story she felt the world needed to hear. The entire point of narrating this touching tale is, as Ibtisem puts it:

To feel human, to feel empathy. To realise that behind every pair of eyes thereâ€™s a story that we have yet to uncover and that sadness transcends race and status. Itâ€™s the thing that bonds us as humans.

This isnâ€™t her first stab at film production though, the highly creative Malaysianâ€™s CV is littered with accolades from around the globe – from the ASEAN Film Festival to Lahore Fashion Film Festival and the Asia-Europe Short Films Contest by the NYU Tisch School of the Arts Asia.

In fact, her first short documentary, Conway On A Monday, was even selected to be premiered at the 2015 Encounters South African International Documentary Festival, one of the oldest film festivals on the continent.

Conway On A Monday (Documentary) from The Visual Gypsy on Vimeo.

Nonetheless, Ibtisem remains grounded, thanking those whoâ€™ve helped her in her success. For Ali, she expressly calls her team – Kathlyn Dâ€™Souza, Shaffiq Farhan and Sal Gainz – passionate human beings who inspire her both personally and professionally.

With Ali now streaming for international audiences on HBO Go, the passionate filmmaker is ready for the next step â€“ shooting her first feature film through her very own production company.

Itâ€™s been one of my dreams for quite some time now so Iâ€™m very excited for it. Iâ€™m also actively developing new stories with local writers and a possible feature documentary. The goal is to keep the energy going and to work with talented creatives in order to inspire audiences worldwide.

As someone who lives to tell stories, Ibtisem is well on her way to carving out her place in the industry. Until then, weâ€™ll be keeping a close eye on her incredible work.