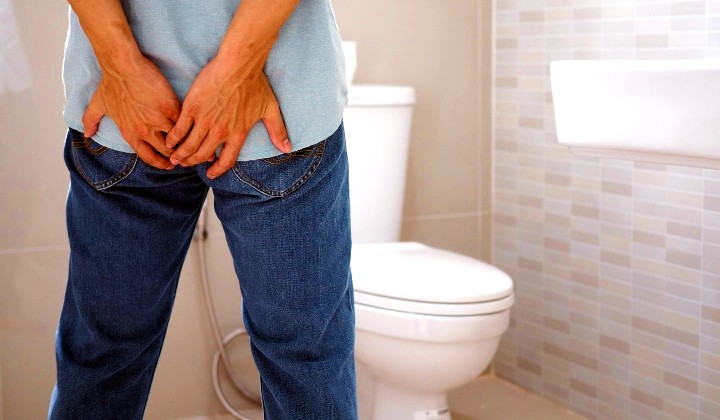 Anyone who’s been to or lives in Asia will have at some point (or maybe even on a daily basis) be forced to use a squatting toilet.

Some people think that going in such a position is a backward, dirty and demeaning practice, while others prefer the squatting toilet for its naturalist approach to bowel movements, believing that it’s also a lot cleaner.

Either way, it turns out that the way our Asian grandparents have been using to relieve themselves is actually the more superior method.

First, we had holes

Before the flushing toilet we use today, toilets were a collection of outhouses, chamber pots, and holes in the ground – all methods that required a squatting position.

In the 12th-century, monks started to build stone and wooden lavatories over rivers and seas, with a shaft leading down into the water.

The first bathrooms were also built around these times. In the west, castles were built with tiny rooms known as garderobe that were not much more than small bottomless rooms that protruded from the castle walls.

The name garderobe is thought to come from hanging your robes inside this room to allow the ammonia from urine to guard your clothes from fleas.

Then, we too sat on thrones

The first modern flushable toilet is believed to have been invented in 1596 by a man called John Harington. Harington designed a 2-feet-deep oval bowl waterproofed with pitch, resin, and wax.

His name is also attributed to the practice of calling the men’s room the John.

Fun fact: Kit Harington, a.k.a Jon Snow of Game of Thrones is related to John Harington!

A water tank placed above the bowl would send water into it to flush faeces and urine away. A working model of this design was installed for his godmother, Queen Elizabeth I, in Richmond Palace.

Anyway, in this sense, it was understood that rich people had toilets they could sit on in bathrooms, while the poorer people would make do with squatting over a hole in the ground.

Eventually, the design of the toilet was patented (in 1775 by another English inventor). And then, a plumbing expert named Thomas Crapper manufactured one of the first successful lines of flush toilets.

Crapper’s name became synonymous with his product because the Crapper brand was printed on each and every one of his toilets (though it might be important to note that the word crap predates Thomas Crapper’s existence by centuries).

After this, flushing toilets you could sit on became more and more accessible until it became the norm that we see today. However, the modern toilet is now suspected to be partly to blame for problems like haemorrhoids and constipation.

For you to understand why squatting is better, you must first know how the digestion process works.

Stool stays in your rectum until you’re ready to go. A U-shaped muscle called the puborectalis which wraps around the rectum keeps the lower part of your bowel bent to hold the stool inside and keep you from having an embarrassing accident. Kind of like how a kink in a garden hose prevents water from getting out.

When the call of nature beckons you, your rectum contracts, the puborectalis relaxes and the stool is released from your body.

So, scientists believe that the problem with sitting is that it keeps the kink in your lower bowel from straightening out. This forces you to work harder to push everything out.

Squatting, meanwhile, allows your puborectalis to relax and straightens out your colon, giving your stool a straight route out. This means that evacuation is faster, much much easier, involves less straining and empties the bowels more completely.

X-rays taken during studies show that the rectum does indeed straighten out more when you squat. On top of this, the pressure in the belly also lowers while in this position, which could signal a lot less straining.

By making defecation easier, squatting is believed to also ease constipation and prevent haemorrhoids, which is often a result of straining.

Statistics also suggest that people in Asian and African countries that still use squatting toilets have lower rates of both conditions.

How to start squatting

Now that we know squatting is better, how do all of us do it more often? Especially when the toilets we use at home are the sitting kind.

Well, all you need to evacuate that stool, is a stool.

Position a stool in front of your toilet so that you can place both feet on it when go. This raises your feet and knees to a higher position that is as close to a squat without actually having to squat.

This method is also suitable for those who don’t like the idea of using a squatting toilet or can’t do so comfortably, due to old age or bowel movement issues.

Enjoy learning about the best pooping methods? Read our article about how Westerners are only just realising that washing with water is better than using tissue here.

How to fix that fiery burn after eating spicy foods