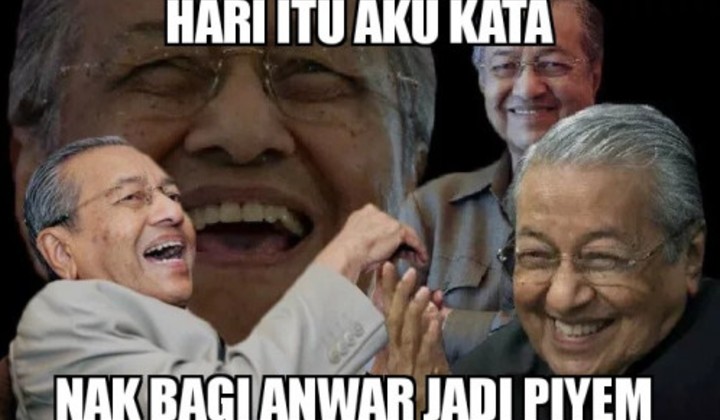 Malaysians are having a tough 2020. In just two months, we’ve had to deal with multiple upheavals, from panic over Covid-19 to the political turmoil we face now.

Despite the steady flow of bad news, there has been an even steadier stream of memes and jokes poking fun at the whole situation.

Peter McGraw, behavioral scientist of the University of Colorado

Much like how Mark Twain famously claims that humor is just tragedy plus time, memes somehow make a big, stressful issue less serious.

Which is why it’s not surprising that Malaysians use memes as a shield to deal with our modern crises.

In fact, the entire political fiasco recently has had no shortage of memes and jokes. But then again, Malaysia’s political crisis has been brewing for decades, so there’s absolutely no shortage of jokes.

So why are Malaysians so good at packaging their frustration and anger into something funny?

The simple answer is that jokes help people cope with the hard times in life.

A study published in the 2012 issue of Humor by Thomas Ford of Western Carolina University also found that humor is just the way to reduce the negative anxiety-related emotions associated to tragedy and large-scale stress.

In fact, most of the world experiences tragic news almost daily. Subsequently, comedic news programs such as The Daily Show with Jon Stewart became immensely popular because while they delivered terrible news, it was still packaged in a funny way that made it bearable.

Additionally, comedy allows us to talk about our fears and concerns around a sensitive topic while minimizing the hostility that may come along with it.

Humour explores the absurdity inherent in any event and enables someone to discuss an unpleasant event by “skirting around” the distressing core.

In Malaysia, this can be seen in the way we discuss deeply-rooted social problems, such as casual racial banter and political jokes.

Ultimately, the way Malaysians joke about these bad things is simply taking back control of a bad situation.

In the grand scheme of things, the rakyat is simply tired of being pushed around. So we use humour as our way to rewrite the narrative and stay afloat during these treacherous times.