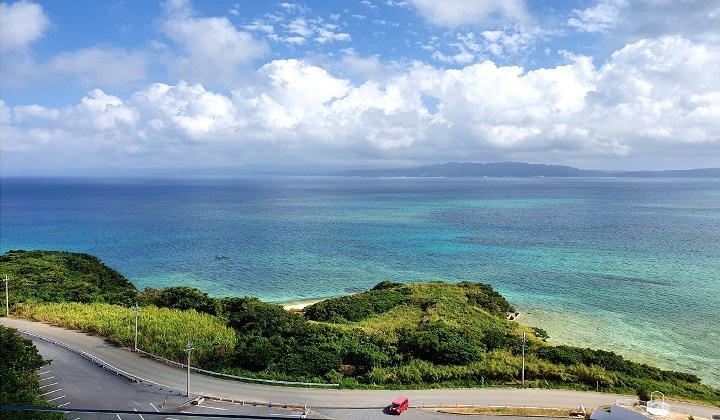 The idea of a place nearly obliterated by war bombs with active military bases as the ideal vacation might sound ludicrous to many. But the cluster of Japanese islands in the East China Sea, collectively known as Okinawa is like nowhere else in the world.

For military history nerds, the mention of Okinawa conjures up images of US military bases and the devastating effects of the 1945 Battle of Okinawa at the height of World War 2. This 82-day battle between the US and Japanese armed forces is known for being one of the bloodiest in the Pacific and often referred to as the â€œtyphoon of steelâ€.

Following the loss of the Japanese army, Okinawa fell under a â€œtrusteeship ruleâ€ by the US and the island became a highly valuable asset to the US military. Â Under the 27-year rule by the US military, Okinawans witnessed their island playing a central role during the Korean War and Vietnam War.

Even after the 1972 handover of Okinawa back to Japan, these US military bases remain active and occupy roughly 18% of the main island today.

A guide at the Okinawa Prefectural Peace Memorial Museum revealed that their encounters with the ugliness of war made Okinawans staunch advocates of peace.

Every time Okinawans see fighter jets in the sky, thereâ€™s a little sadness inside.

How Okinawa Became The Best Vacation Of My Life

The islanders developed something called the â€œOkinawan Heartâ€- a deep respect for personal dignity above all else, rejecting any act related to war and cherishing culture as they believe itâ€™s a supreme expression of humanity.

In fact, itâ€™s this â€œOkinawan Heartâ€ that led to what one can only describe as a truly miraculous recovery. Relishing in the idyllic beauty surrounding them and most importantly, always championing for peace, might be why the islanders are among the longest living people in the world.

As a former island nation under the Ryukyu kingdom from the 15th to the 19th century, the â€œOkinawan Heartâ€ is found in its cultural and marine treasures.

According to local legends, Okinawa islands were created by a goddess named Amamikyo. It is said that she first descended on the tiny Kudaka island and noticed that there were sacred spots around the sea. She then asked the gods for soil and thus formed the island of Okinawa, where the sacred spots are known as utaki.

The most sacred of these utaki is Sefa-utaki on the main island, directly opposite Kudaka island.

During the reign of the Ryukyu kingdom, the highest Noro priestess called Kikoeokimi would be inaugurated at this UNESCO World Heritage Site. The site is deemed so sacred to Okinawans that they continue to carry out prayers at Sefa-utaki to this day.

The journey to Sefa-utaki is also somewhat of a pilgrimage as youâ€™d need to cross the Nirai-Kanai Bridge, named after the land of the gods, Nirai-Kanai.

If thereâ€™s one thing that Okinawa never runs out of is a spectacular view of the sea. The island itself is largely made of raised coral reef (Okinawan limestone), which itself is quite porous so youâ€™d see plenty of unique shapes carved out from the winds and lashing waves.

One particularly lovely example is the Heart Rock formation slightly off the coast of Kouri island.

Another great spot to take in the ocean view is Cape Manzamo on the western front of the island and a great spot to watch the sunset. The most notable feature is the elephant head-shaped cliff surrounded coral reefs and the clearest, bluest waters Iâ€™ve ever seen in my life.

Whale of A Time

As a non-diver, Okinawa Churaumi Aquarium is probably the closest Iâ€™ll ever get to replicating that experience outside of the water.

The aquarium at the Okinawa Commemorative National Government Park (Ocean Expo Park) is designed to mimic the changing diversity of marine life, starting from the shallow beach water to the deep sea.

The journey begins with some friendly petting of starfishes and sea cucumbers before heading downwards into the â€œdepths of the oceanâ€ aka Kuroshio Sea.

This is where we come face to face with one of the few places to witness whale sharks, manta rays and bull sharks majestically gliding in front of your eyes. Thereâ€™s also a corner under this tank where you can watch these creatures swim overhead like youâ€™re in a surreal dream.

Honestly, one of the best ways to know a place is to simply take a walk. But in Okinawa, you can literally take a walk down history on the 500-year old Kinjo-cho Stone-paved path.

What was once a military road for sending forces to Naha Port in case of an emergency during the mid-century Ryukyuan kingdom, itâ€™s now a lovely walk through a lush neighbourhood.

Youâ€™d spot pretty flowers, fat neighbourhood cats and even the traditional Shisa dragon- a local guardian heavily featured at entrances throughout the island. The path also crosses a small bishop woods area where there is another utaki (sacred spot) of 300-year-old trees.

If you ever get tired on the 800m long path, thereâ€™s a beautifully preserved community rest house to catch your breath and even a quaint cafÃ© with a nice view.

Journey To The Past

Ryukuyu Mura is a retelling of Old Okinawa, complete with heritage houses that were moved into the place for preservation and protection. Inside, you can traipse through these 200-year-old structures and witness the re-enactment of village life during ancient times.

Itâ€™s also like a historically educational theme park. There are exciting traditional drum performances, dances, Okinawan snacks, pottery workshops and even a mini treasure-hunt for visitors.

At Nakijin-jÃ´ Castle, youâ€™d get a hint of life before the Ryukyuan kingdom was unified.

This UNESCO World Heritage Site has been around since the 13th century. It’s an architectural marvel as the walls are constructed using an ancient technique where rocks are piled and arranged without any binding agent (like cement).

The rocks are fitted according to their natural shapes, like a real-life jigsaw puzzle that survived almost 700 years of typhoons and wars.

This fortified castle is also home to several sacred utakis and one of the prettiest spots to catch the first cherry blossoms of Japan, which begin mid-January in Okinawa compared to the April blossoms on mainland Japan. Â

FYI, the sakura of Okinawa is a different species called Kanhizakura with dark pink petals and quite distinctive from the Somei-Yoshino trees seen in mainland Japan.

The real reason I fell in love with Okinawa is the deep respect they have for the land, and knowing how they rose from the blood-soaked ashes of war to become a paradise island truly makes one appreciate the fragility of life.

Trust me, youâ€™ll fall in love with the Okinawan Heart and in the end, leave a piece of your heart behind.

TRP would like to thank AirAsia X and Japan National Tourism Organization (JNTO) for making this trip happen. The low-cost carrierâ€™s KL â€“ Okinawa route flies 4 times a week, with a short layover in Taipei.