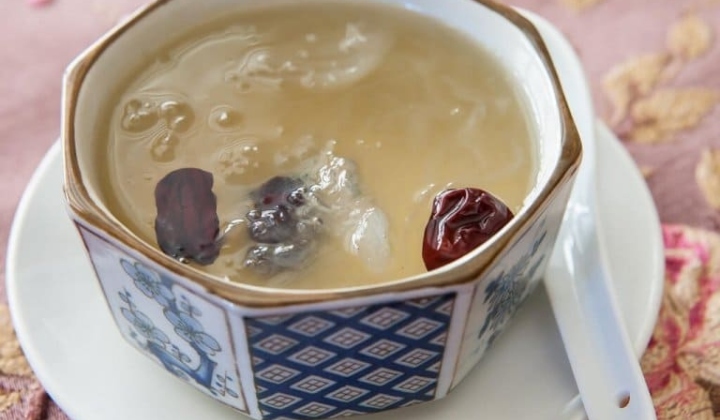 The supposed health benefits of edible bird’s nest are the reason why such a high demand for the Asian delicacy has existed for centuries.

Among them, promoting overall immunity and speeding up recovery as well as a supplement that can help increase libido and keep your skin looking youthful.

But where exactly did the practice of eating the nests of swiftlets begin? Well, historical records point to somewhere in our direction.

According to historical records, people in China first started eating bird’s nest soup during the Ming Dynasty (1368 – 1644). Some reports say that it was the Chinese admiral Zheng He, a.k.a Laksamana Cheng Ho a.k.a the same guy in your history textbook, who brought edible bird’s nest back to China for the Emperor.

Admiral Zheng He was an explorer, diplomat, and fleet admiral during China’s early Ming dynasty in the 14th century. He was placed in charge of a huge fleet which he used to conduct many expeditions across the globe.

Zheng He’s fleets visited India, Arabia, the Horn of Africa as well as Southeast Asia, including Brunei, Thailand, Java and of course Malacca, dispensing and receiving goods along the way.

As the story goes, Admiral Zheng was sailing in the Southeast Asian seas when he encountered a storm that forced him to anchor at a Malay desert island. On the island, food was scarce. So, the admiral instructed his men to go out in search of something to feed the crew.

They reportedly came across some bird’s nests hidden on cliffs. Admiral Zheng ordered his men to pick and wash these nests, and then cook them into a stew to feed his sailors.

After eating this bird’s nest stew, the admiral and his men regained their strength and felt more energetic. This led to him realising bird’s nest as a type of superfood with various health benefits. So, he brought it back to China and presented it to the emperor.

Bird’s nest then became a delicacy enjoyed only by Chinese royal families. In modern times, bird’s nest has become more accessible to anyone as long as they can afford it. Currently, edible bird’s nest is a billion ringgit industry in Malaysia annually.

While the story seems to attribute Tanah Melayu as the Malay island where Zheng He found the bird’s nest, it’s hard to pinpoint the exact location, since the entire area was under the Malay archipelago at the time.

Also, traditionally, bird’s nests were also found in Indonesia, which happens to be the world’s number one exporter of edible bird’s nests today. Malaysia is number three.

Health benefits yet to be proven by science

Despite the fact that traditional Chinese medicine (and probably any Chinese person you know) insists that edible bird’s nest is highly nutritious, science actually hasn’t been able to prove any of the claimed benefits.

Research has only been able to prove the presence of certain nutrients in bird’s nest, but more research needs to be done see if any of these nutrients are able to be absorbed by the human body when the delicacy is consumed.

The earliest studies conducted on bird’s nest was by a Dr Wang Chi-Che in 1921, who found that the protein it did contain was actually of inferior quality and not sufficient to provide many of its perceived health benefits. According to Dr Wang’s study, bird’s nest does not contain Tryptophan, an essential amino acid commonly found in vegetables and meat.

According to a professor from Nanyang Technological University (NTU) Singapore, the myths surrounding the supposed health benefits of bird’s nests is difficult to study due to its complex molecular structure.

What Professor Lee Soo Ying has managed to find out however is that bird’s nest contains a type of protein similar to eggs, which can sometimes cause allergies to some people, especially young children.

On the myth that red bird’s nests are coloured that way due to blood coughed out by the swiftlets, Dr Lee explains that the redness is actually the result of nitrous acid vapour from the bird’s faeces in birdhouses.

Despite all this, Dr Lee does admit that bird’s nest may still prove to have some benefits as it has been found to contain sialic acid, an important component for human brain development and cognition.

Harvesting bird’s nest from the caves they’re commonly found in is a dangerous business.

Many harvesters have to climb rickety bamboo ladders several storeys high to reach the bird’s nests nestled at the top walls of the caves. Most don’t use any safety equipment and there have been reports of people falling to their deaths.

Besides that, apparently, even goats are being sacrificed for the collection of bird’s nest too.

If we don’t give a sacrifice as compensation for the nests we take, the penunggu [guardian spirit] will take the life of one of us.

Besides affecting the lives of people and goats, the population of swiftlets were also dangerously affected.

Harvesters have been known to try and collect as many nests as possible, even if the nests weren’t fully formed or contained the swiftlet’s eggs.

In Gua Niah National Park, Sarawak, the swiftlet’s couldn’t keep up with the overharvesting, causing their populations to plummet almost 96% between 1930s and 2012, from 1.7 million birds to just 100,000.

The obvious high demand for what became dubbed the “caviar of the east”gave rise to a whole new industry – swiftlet hotels. Those looking to make some passive income started renting out empty shophouses and installing speakers that emit the swiftlet’s birdcall to attract them to nest inside the shop.

While this made harvesting much safer, this practice came with its own set of problems. In Georgetown, the residents say the industry is out of control, posing a health risk, and threatening the city’s Unesco World Heritage status.

In Malaysia alone, the number of swiftlet hotels has surged from about 1,000 a decade ago, to over 60,000 today. And it doesn’t look like the demand for bird’s nests will decline any time soon.

But, is the supposed health benefits of bird’s nests worth its environmental impact?

These “International” Brands Are Actually Malaysian-Made!