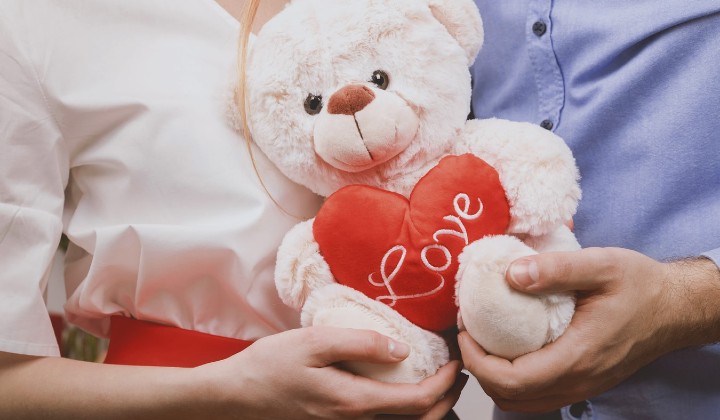 When we think of Valentine’s Day, we usually associate it with chocolates, cards, red roses, restaurants filled with couples on dinner dates, teenagers rendezvous-ing and religious authorities releasing warning statements.

But has this day always been about such things? To know, we must first study the meaning of the day based on its origins in history.

According to legends and known historical records (of which there’s not much of), the origins of Valentine’s Day can be traced back as far as the 6th century B.C in ancient Rome.

Interestingly, it seems that the day actually only came to be celebrated as a day of romance from about 1,900 years later in the 14th century.

Valentine’s Day is believed to have originated from the ancient Roman fertility festival, Lupercalia.

Celebrated on 15th February, the festival was dedicated to Faunus, the Roman god of agriculture, as well as the founders of Rome, Romulus and Remus.

This pagan tradition involved the members of the Luperci (Roman priests) gathering at a sacred cave and sacrificing a goat, for fertility, and a dog, for purification

After the sacrifice, the priests would then feast and get drunk (basically, they would party).

Then, they would cut the sacrificed goat’s hide into strips, dip them in the sacrificial blood and drunkenly run through the streets of the city slapping both women and crop fields with the bloody goat hide, believing that it would make them fertile.

Later in the day, names of all the women in the city would be placed in a large urn and the bachelors would choose a name and become paired with that woman for the year. These matches often ended in marriage.

Due to the sacrificing and slapping people with bloody animal parts, the festival was deemed non-religious at the end of the 5th century by the Christian Church under Pope Gelasius I, who decided to create a new holiday on top of this pagan one for people to celebrate instead.

He encouraged people to honour a Christian martyr named St Valentine who happened to have been executed on 14 February – thus making the origins of this day much more complicated. Especially since he didn’t particularly specify which St Valentine he meant.

According to the Catholic Church, there are at least three recognised saints named Valentine or Valentinus.

One possibility is attributed to a priest named Valentine who was martyred around 270 A.D by the emperor Claudius II Gothicus.

This St Valentine ordained secret marriages of young lovers after emperor Claudius outlawed marriage for young men. Apparently, the emperor believed soldiers fought better on the battlefield when they didn’t have a wife and children waiting for them at home.

When St Valentine’s actions were discovered, he was beheaded near Rome by the emperor.

Other accounts claim that the namesake of Valentines Day was a bishop named St Valentine of Terni, also martyred by emperor Claudius II on the outskirts of Rome. Due to the similarities of these accounts, it is also believed that these two Saint Valentines might actually be the same person.

The problem is, some accounts also claim that emperor Claudius apparently executed two men named Valentine on 14 February of different years in the 3rd century A.D.

Besides the previously mentioned Valentines, there was also a record of another saint named Valentine.

According to legend, this priest had been jailed and during his imprisonment, fell in love with the jailer’s blind daughter, to whom he wrote a letter signed “From, your Valentine”.

Some accounts also claim that he had cured the young girl’s blindness before his death.

Version 4: A poet invented the day because of the mating season of birds (14th century)

The medieval English poet Geoffrey Chaucer wrote a poem sometime around 1375 where he links a tradition of love courting with the celebration of St Valentine’s day.

The poem refers to 14 February as the day birds (and humans) start coming together to find a suitable mate.

For this was sent on Seynt Valentyne’s day, When every foul cometh ther to choose his mate.

Apparently, prior to his poem, which by the way received widespread attention, there were no records of previous associations between courtship and St Valentines.

The meaning of Valentine’s Day

Modern-day Valentine celebrations have evolved into a highly commercialised holiday that just encourages you to spend money and shame single people.

But if you look back at all the varying versions of its origin, you can see some common themes of romance, love, fertility, and surprisingly, marriage.

While Malaysian Muslims might be opposed to the current form of Valentine’s Day, they can take solace in the fact that Catholic priests stopped people from running around drunk and whipping women with bloody animal parts.