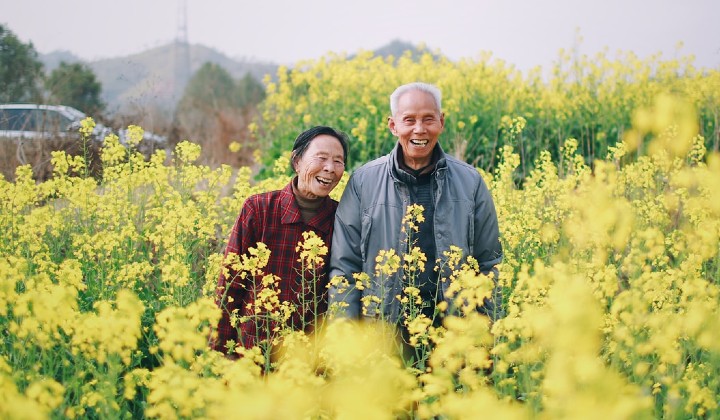 Most of Asian culture is staunchly authoritarian, with a huge emphasis on obedience. Elders, particularly parents, are to be treated with utmost respect and defiance of any kind is frowned upon.

Our parents care for us constantly since birth, but there are expectations that we do the same as we grow older.

In fact, for many Asian parents, their children are their retirement plan. In the very least, their adult children are expected to take care of the parents financially and emotionally.

For the people who have to support their aging parents while also caring for their own young children, they’re unceremoniously called The Sandwich Generation, torn between responsibilities.

Most of The Sandwich Generation are Gen Xers and Millennials, who were born between 1965 and 1996. At this age, most are working adults and a major part of the workforce who are also juggling their family needs.

Coupled with the fact that KL has the worst work-life balance globally and are prone to spend 96.6% of their time at work, you’ve got a recipe for a sad, burnt-out Malaysian who simply doesn’t have time for anyone.

Not only that, but Malaysians are also expected to pay for their parents once they start working. Since the Malaysian life expectancy is steadily increasing each year, the current older generation are expected to be around for much longer than previous generations.

Yet, it’s also not a secret that Malaysians struggle with the growing cost of living as well as their stagnant wages.

The Ministry of Economic Affairs states that the average Malaysian household consists of 4 people, which accounts for a couple and two children.

This doesn’t take into account the additional monthly “allowance” given in return to parents- many who live separately from their children and are therefore not considered under the same household.

In addition to that, the adult children are also expected to help out whenever, wherever, and however they can. And while many people do support their parents out of love, it’s a fine line to juggle giving back to parents and taking care of your family.

The cultural authoritarian pressure also makes it hard to say no to elder parents. More often than not, family desires are mandatory. If your parents wanted something done that weekend, it has to be done.

Doing anything otherwise would be disrespectful bordering on shameful. It’s almost expected that plans should be adjusted to fit the needs of the parent.

As such, The Sandwich Generation finds themselves with little money and little time left for themselves, after they’ve completed their duties of being a good son or daughter to their aging parents and also a good parent to their own child.

But is this healthy? Certainly not.

According to BMC Psychiatry, familial stress is one of the biggest factor in mental illnesses such as anxiety and depression in Malaysia.

However, mental illness is also stigmatised in the country, which makes it difficult for those needing help to even ask.

But actually, psychologists say that everyone needs to have some alone time to decompress. And newsflash: dealing with family doesn’t count as alone time.

Having 20 minutes of alone time a day significantly improves your mood and mental health. By choosing to give time to yourself, it’s finally a way to say “I’ve been giving thus far, here’s something I’m keeping for myself.”

Much like airplane rides, we should first affix the oxygen mask on ourselves before we help others; taking care of your own mental health will allow you to take better care of all those who rely on you for support.

But it doesn’t solve the problem of Malaysia’s aging population. With the stagnating wages and the increasing privatization of nursing homes, caring for the elderly has become a responsibility that can’t be neglected.

There have been reports of aging parents being abandoned at a hospital, hospice, or welfare home, which simply shows how unequipped Malaysians are to handle the stress of caring for aging parents.

As the life expectancy increases, our population ages. Soon, the stress of caring for the elderly might become too much for The Sandwich Generation.

Sometimes, it doesn’t hurt to discuss hardships and difficulties- even if it concerns the other party. In fact, it might probably end with a positive future plan and a closer bond.

Those with adult children should still always have a sizable retirement fund of their own in case of emergencies. And those with aging parents should always reach out for help if things get too difficult. See here for our complete guide to counselling and mental health services in the Klang Valley.