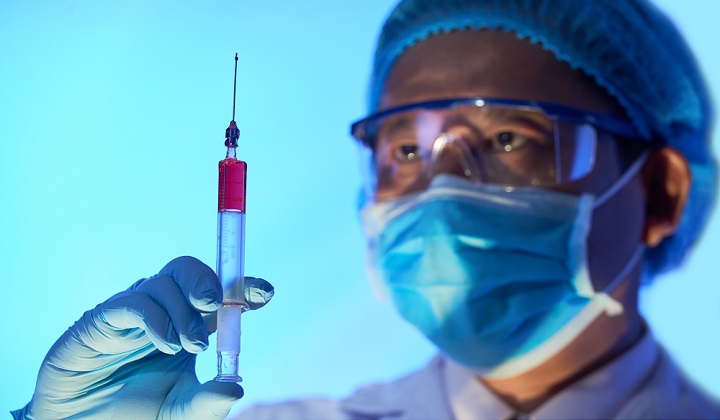 What do these three diseases have in common? Theyâ€™re caused by coronaviruses.

Mankind first learned of coronavirus in 1937 when it was isolated from an infectious bronchitis virus in birds with the potential to cripple the poultry industry.

This new virus was named “coronavirus” – derived from the Latin word â€œcoronaâ€ which means â€œcrownâ€ after the spikes all around its surface.

Then, some 30 years later in the 1960s, the virus thought to be strictly confined in animals showed up in the noses of patients with the common cold.

This meant that coronaviruses are now zoonotic – they can transmit between animals and humans.

SARS was transmitted from civet cats to humans, MERS from dromedary camels to humans and the Wuhan Virus is suspected to have emerged from bats.

But coronaviruses are not uncommon at all. The World Health Organisation (WHO) states that there are several known coronaviruses circulating in animals that have not yet infected humans.

Then, is coronavirus dangerous?

Coronavirus infections in humans are actually pretty common. The US Centers for Disease Control and Prevention (CDC) says that most people get infected with this virus at some point in their lives and the illnesses usually only last for a short amount of time.

The symptoms of a coronavirus infection can range from the common cold to more severe diseases.

Unlike other viruses that cause the common cold, human coronaviruses cannot be cultivated in the laboratory easily. This makes it difficult to gauge its impact on national economies and public health.

There is no known cure for a coronavirus infection and reinfection of the same strain can occur.

For the longest time, coronavirus infections were thought to be benign. It was only in 2003 with the emergence of SARS that coronavirus posed a lethal threat to humans.

Veterinary zoologists were already aware of the potential for coronaviruses to cause fatal enteric or respiratory infections in animals. They also knew of new strains emerging from unknown reservoirs to cause fatal disease in animals.

Ultimately, coronaviruses are dangerous because of their ability to mutate.

Studies have suggested that new coronavirus strains differing in target cells infection and virulence (severity of harm caused by the virus) may arise from existing strains.

Certain coronaviruses have also shown to persist in their host, which gives a greater opportunity for new strains to arise that can target different types of cells with greater virulence.

These viruses may also acquire new genes via recombination to form new strains that allow them to target different hosts.

For example, research into the SARS coronavirus indicates that it could have evolved from a past recombination event between mammalian-like and avian-like parent strains. The mutation of the SARS coronavirus protected it from human antibodies, leading to severe infections.

The link between animals & pandemics

CDC states that zoonotic diseases are, in fact, very common. Scientists estimate that more than 60% of known infectious diseases in humans are spread from animals.

However, a virus doesnâ€™t simply jump out of an animal and cause an epidemic in humans. Infectious disease researcher Ronald Rosenberg told The Verge that a virus can spend decades or even centuries jumping back and forth between animals and humans before the right conditions come together for an outbreak.

The only exception to this are influenza viruses, which can make this leap more rapidly than others.

But the danger of a pandemic caused by a zoonotic disease is very real. According to CDC, a whopping 75% of new or emerging infectious diseases are spread from animals.

Malaysia learned this lesson in 1998 when it found itself at the epicentre of a pandemic caused by a virus in bat droppings that infected a pig farm in Kampung Sungai Nipah, Negeri Sembilan. Then, humans who worked at the farms or came into close contact with the infected animals found themselves falling into a coma and subsequently dying thanks to the newly emerged Nipah virus.

The virus subsequently spread to Singapore, India and Bangladesh. The CDC reports that the 1998/1999 outbreak resulted in nearly 300 recorded cases and over 100 deaths. The Malaysian government also culled over a million pigs, which paralysed the local pork industry.

Deforestation is pushing wild animals into closer contact with humans while factory farming with thousands of animals in close proximity increases the chance of virus infection and mutation. This can happen anywhere, at any time.

Past pandemics include the Bubonic Plague in the 1300s, the 1918 Spanish flu and 2009 H1N1 outbreak among others. With each outbreak, the medical and science community got better at predicting the outcomes and preparing for the next one.

Earlier in 2019, WHO had given a chilling prediction that another pandemic of flu – which is caused by airborne viruses – is inevitable, and the world should prepare for it.

Then, a mere three months before the novel coronavirus outbreak in Wuhan, the Global Preparedness Monitoring Board (GPMB) – set up by the World Bank and WHO- warned that the world is facing a mounting threat of disease pandemics that could kill millions and wreak havoc on the global economy.

Reuters reported that former head of WHO, Gro Harlem Brundtland, who also co-chairs the board, warned that current approaches to disease and health emergencies are â€œcharacterized by a cycle of panic and neglect.â€

GPMB estimates that an equivalent air-borne outbreak now could spread globally in less than 36 hours and kill an estimated 50 million to 80 million people, wiping out nearly 5% of the global economy.

The board released a report detailing how countries can better prepare for a disease outbreak, but the science community is also hard at work on predicting the next threat to human health.

Artificial intelligence programmes that predict disease outbreaks are also emerging, like Canadian-based BlueDot that scours global news reports and flight ticketing systems to predict the spread of diseases. This system is currently utilised by Canada, Singapore, Philippines and the ASEAN organisation.

Researchers are also looking for patterns to understand what makes an animal virus more likely to infect humans and map where unknown zoonoses might be hiding.

A huge global scientific endeavour spanning 10 years called the Global Virome Project is currently underway to sample and genetically sequence virtually all of the planetâ€™s unknown viral threats to lower the risk of harm from future viral outbreaks in human populations.

While the threat of an eminent pandemic looms above us, it’s worth noting that there are great global efforts to ensure public health and safety.

In the meantime, it’s worth taking preventative measures to better protect yourself by reading our outbreak guide HERE.

Source: Must-Know Vocab For Wuhan Coronavirus: From Droplets To Zoonotic Coronavirus Symptoms and Diagnosis What's to know about coronaviruses? ANIMAL CORONAVIRUSES: LESSONS FOR SARS Scientists are racing to predict where the next pandemic will start Zoonotic Diseases Lessons from the Nipah virus outbreak in Malaysia. Nipah Virus (NiV) Everything you need to know about pandemics World at risk of pandemics that could kill millions, panel warns Host and viral traits predict zoonotic spillover from mammals Global Virome Project
Tags
coronavirus featured health outbreak pandemic Science The Relevant Point wuhan