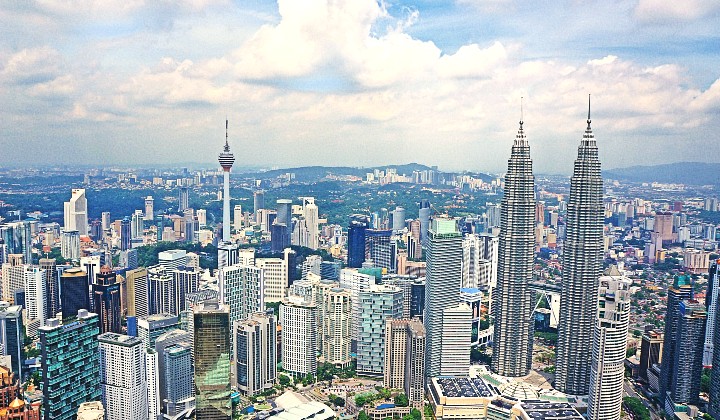 At the start of 2020 the bustling town of Seremban, the state capital of Negeri Sembilan, officially received the status of a city making it the 15th urban population center in Malaysia.

Though this change is bound to usher in a new era of growth and prosperity for the good people of Seremban, we wanted to understand the exact significance of this transition and how important are these cities that so many of us living in the 21st-century call home.

Though there are a number of urban populated areas in Malaysia that are typically considered as cities, as mentioned above, the country only has 17 areas which have official city status;

In order to achieve this city status, an area needs to fulfil a certain set of criteria;

Firstly, a settlement must be the centre of administration for a particular state and have a population of more than 300,000 people.

Secondly, the area must be financially stable, with clear physical and fiscal development and attain an annual revenue of no less than RM80 million a year.

Third, a city must be a centre for business, the industry as well as higher education with enough facilities to accommodate that function by having business areas, industrial zones and the necessary education facilities such as colleges, universities and libraries.

And lastly, in order to achieve city status, an area must have a unique set of history and be the centre for cultural and athletic activities with adequate facilities to match.

Cities and urban metropolitan areas have become the norm.

According to the United Nation’s 2018 Revision of World Urbanization Prospects report, it’s estimated that 55% of the world’s population now resides in cities across the globe, and that number is expected to rise by close to 68% by the year 2050.

Malaysia has also been undergoing rapid urban growth and development.

The World Bank estimates that Malaysia’s urban population has increased from 10 million people to over 15 million between the years 2000 and 2010 alone, making us one of the most urbanized countries in the East Asian region behind Japan, South Korea, and Singapore.

The dawn of civilisation

Cities play a vital role in the establishment of human civilization. Even the word civilization is derived from the Latin term Civitas, meaning city. And so a civilization can be summed up to mean “a society made up of cities.”

Essentially, cities are permanent human settlements that are able to sustain large groups of people.

These cities got their start as our ancestors began to move away from a nomadic, hunter-gatherer lifestyle to an agricultural-based living.

A city develops and grows as communities made the active decision to live and cooperate together for a common cause.

Historically, humans have been building cities in river valleys, which are fertile, flat areas that are perfect for cultivating large-scale farming.

The ability to attain abundant food supplies through farming enabled humans to develop and diversify other crucial skills and industries such as writing, arts, trading, architecture as well as religion, science and governance.

The earliest examples of an established human city would be the city of Uruk in ancient Mesopotamia (now modern-day Iraq) that was founded between 4500 and 3100 BCE.

The city is considered to be one of the most important human settlement of its time for being a major, thriving urban centre, and a hub for trade and administration.

In Malaysia, the development of urban settlements can be traced back to the founding of the Malay Kingdom of Muar (modern-day Johor) and Melaka during the 1400s.

These cities started off as small villages or kampungs as we call them, set along rivers and coastal areas of the Peninsular, which soon evolved into booming entrepots of trade, knowledge, and culture.

So it can be said that cities are the reason why our species has flourished to become the modern, technologically advanced and socially complex society that we are today.