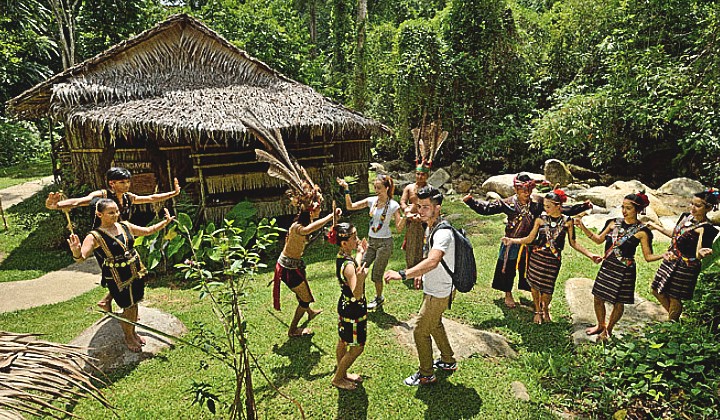 As Visit Malaysia 2020 promises to be a year jammed packed with loads of colourful events and activities, I thought it would be neat to take a look at some of the nationâ€™s lesser-known events and celebrations.

So from the historic streets of Melaka to the beautiful beaches of Pahang, here are some of major events and happenings across the country that you might not know about in the first quarter fo 2020.

With Chinese New Year happening at the end of January, it looks like the new decade is off to a prosperous start. So why not celebrate the coming of the Lunar New Year at the historic city of Melaka!

For the entire month of January, Melakaâ€™s iconic Jonker Street and surrounding areas will be beaming in enchanting lights and mesmerising decore to celebrate the year of the rat.

Make the most out of your CNY weekend and enjoy a host of cultural performances, musical shows and loads of delectable culinary treats that are to die for.

Or if you’re looking to spend time enjoying the sand, surf and more of that glorious Malaysian sunshine, then make your way to the beautiful island of Tioman, Pahang for the annual Tioman Surf Festival 2020.

From January 31 to February 1, the island will be home to some of the worldâ€™s top surfers whoâ€™re set to tackle Malaysiaâ€™s signature swells.

The festival would also feature live music performances, a range of beach-themed games and activities as well as a bunch of showcases and exhibitions to enjoy.

Listed as one of the top three most popular traditional cultural events in Malaysia, the annual East Wind Festival will be taking place in Kangar, Perlis at the end of February.

The festival is a grand celebration of Malaysiaâ€™s seasonal Monsoon Transitional period and marks the beginning of the paddy harvest season.

The three-day event will showcase Indra Kayanganâ€™s historic customs and traditions, where visitors will get a chance to experience a day in the life of traditional village farmers and stuff themselves with authentic Perlis cuisine.

Witness the streets of Johor Bahru come to life at the annual Chingay Festival street parade.

The festival is a lifelong tradition shared between Malaysia and Singapore that goes back to the 1800s and coincide with Chinese New Year festivities to honour and celebrate traditional Chinese deities.

Catch sight of natureâ€™s mighty birds of prey during one of the greatest wildlife migrations on the planet at the annual Raptor Watch happening in Tanjung Tuan, Melaka this March.

Credited as the biggest eco-tourism event in the nation, Raptor Watch is a festival celebrating the flight of thousands of migratory birds of prey or â€œraptorsâ€ that make the perilous journey accross the world to return to their natural breeding grounds in the northern hemisphere.

Join scientist and enthusiastic bird watchers spot, identify and record these majestic birds as they pass over Malaysia on their migratory route. Theyâ€™ll also be lots of games, activities and exhibitions taking place during the event too, so do check it out.

Looking to expand your knowledge of Malaysiaâ€™s vast cultural and ethnic heritage? Then take a trip down to Sabah on March 31 to experience the unique lifestyle of the Murut community showcased during the annual Kalimaran Festival.

The festival celebrates the communityâ€™s exceptional and extraordinary arts and customs while giving visitors a glimpse into the authentic legacy of the third-largest ethnic group in Sabah.

So there you have it folk, my personal list of some “underrated” occurrences in Malaysia for 2020.