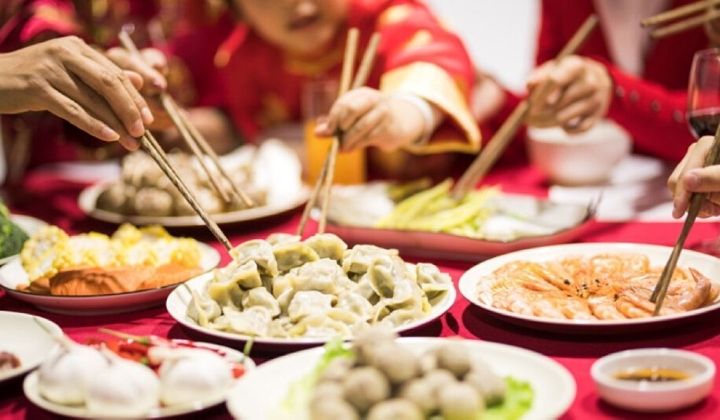 A married daughter is like water that has flowed away.
(嫁出去的女儿，泼出去的水)
– Old Chinese saying

This is a saying that I grew up with. I can’t remember exactly when or where I first heard it, but it’s something that I hear my ah ma (what I call my maternal grandmother) and mum say very often – even till today.

There was, however, an occasion when I was really affected by it as a child.

Most of the reunion dinners of my childhood and teenage years were held in KL, as my dad’s family is based here, plus he was born and raised in the capital city. Unfortunately for me, the cousins who were my age and whom I was very close to back then were all from my mother’s side of the family in Johor.

“Because you’re only related to her through me, and married daughters can’t have reunion dinners with their family,” mum said.

“A married daughter is like water that has flowed away. That’s just how it is.”

How a daughter becomes an outsider

Chinese society – that of Mainland China and overseas Chinese – is still very much influenced by Confucian values.

These values are based on the teachings by Confucius, an ancient Chinese philosopher who believed that a perfect society is created by harmonious families. To create harmonious families, people need to practise the virtue of filial piety and follow traditional family hierarchy.

Daughters, like sons, are expected to be filial to their parents. This is demonstrated through obedience and respect towards her ancestors, parents, as well as elders (including older siblings).

However, the situation changes when the daughter gets married. She assumes the position of a wife after marriage and is expected to support her husband, as dictated by traditional family hierarchy. Part and parcel of that support includes assisting him in being filial towards his ancestors and parents, which are her in-laws.

With that, a daughter becomes an outsider to her biological family as she has “married into” her husband’s one.

Reunion dinner – a dinner for family members only

The dinner on Chinese New Year eve is arguably the most important aspect of the festival. Family members are expected to attend this dinner and usher in the new year together. This is why it’s called a “reunion dinner”, as it requires a reunion of family members.

As such, a married daughter is required to attend the reunion dinner hosted by her husband’s family and not her own.

In fact, she might not even be welcomed to attend the dinner hosted by her biological family. There are people who believe that a married woman will “steal” her biological family’s wealth just because she visited them for reunion dinner or on the first day of Chinese New Year.

This doesn’t mean that a married daughter is not allowed to visit her family at all. Traditionally, she will visit her family on the second or third day of Chinese New Year. A feast will also be prepared by her family to welcome her, her husband, and children.

Thankfully, the rules are more relaxed these days

As women started to gain more social and economic freedom over the years, traditions such as this are no longer strictly followed. My family started to have reunion dinners with my mum’s side more often a few years after the passing of my popo (what I call my paternal grandmother) – something that made my maternal grandparents really happy.

Some of my friends could even have two rounds of reunion dinner on the same day because both sides of their families live in the same city. They would usually spend the first half at the husband’s place, then head for second round with the wife’s family.

This is, unfortunately, a luxury that both my grandmothers never got to enjoy. Not only did they miss reunion dinners with their families, they also rarely got the chance to visit them. In my popo‘s case, she lost contact with all her siblings since the day her parents passed away and never saw them again.

Appreciating every reunion dinner you have with your family

Like what they say, we don’t appreciate the things we have until they’re gone. Or until you realise that they could, one day, be gone.

While most Chinese parents are happy to let their married daughters join their reunion dinner, not all parents-in-law would be happy to miss their sons at their own dinners. That’s why some people take turns – one year with the husband’s family; one year at the wife’s family.

I used to groan about reunion dinners as that would mean extra chores. These days, I’m quite happy to help out with all the preparations, knowing that I may not always have the chance to do so as often in the near future.

“Ma, if possible, I still want to come back for reunion dinner even after I’m married”

My mum was surprised when I told her that. But she happily replied that she’ll be more than happy to have me for reunion dinner.

“娘家始终还是最好的,” she said, which means “There’s no place better than your own home”.