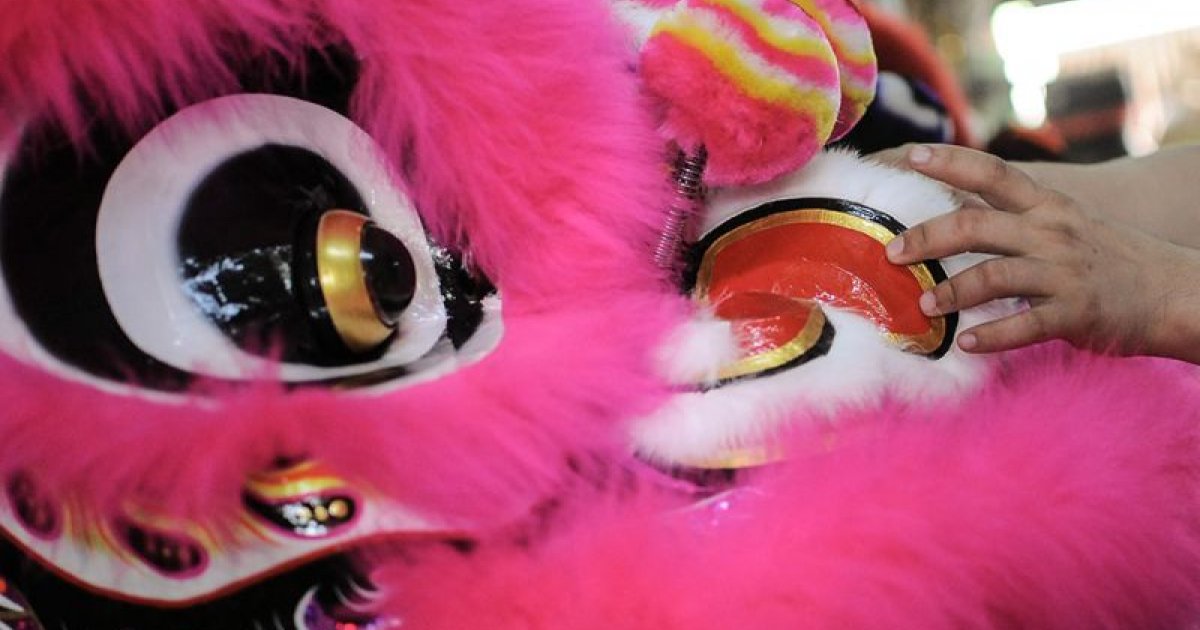 Lion dances can make you feel awkward at the office. I mean, as a person who isn’t Chinese, I often find myself confused about what I should do when the lion comes noisily in, disrupting my workday, and “blessing” my desk.

To understand why we have to go through this deafening acrobatic and joyful spectacle every year, we must first know the origins of the Lion dance.

The Origins of the dance

The historical background of the Lion dance can be traced back as far as the Han Dynasty. There are many versions to the story but most are related to Chinese New Year and the story of the monster Nian.

According to the legend, Nian was terrorising villagers year after year until finally one day, a lion came and defeated Nian, chasing him away.

Every year since then, the villagers would dress up as a lion to scare Nian away.

This story is also the reason why people wear red on Chinese New Year and drums, firecrackers and fireworks are used to make loud sounds. If you notice, these elements are also used during the Lion dance.

Lion dances became popular in Malaysia in the 1970s, to the extent that master teachers from China travelled to the country to train young enthusiasts. Since then, the dance has evolved to have its own unique Malaysian twist, making it different from how it is practised in other parts of the world.

The sport was also listed as a national cultural heritage of Malaysia in 2007.

The Lion dance is steeped in tradition. At its very basis, it’s just two people dressed in an elaborate lion costume. One person makes up the head of the lion, while the other is the lion’s body.

The dance consists of the two people prancing about to the beat of drums, gongs, and cymbals showing off their dexterity and acrobatic skill as they mimic movements of a lion waking up, eating, and frolicking.

During the days of imperial dynasties, the movements of the lion dance carried hidden meanings. Even the classic movement of eating vegetables represented a political stance as the Chinese word for vegetable sounds similar to the name of a disliked ruler.

But these days, even though the movements are pretty much the same, they hold different symbolisms.

Now, the eating and scattering the lettuce is still a significant part of the dance, but it symbolises spreading prosperity instead because lettuce also sounds like “creating wealth”.

Climbing to fetch the lettuce, pomelo and oranges is symbolic of reaching greater heights. Oranges symbolise gold and arranging the peeled fruits and veggies to present to the host is a symbol of good fortune.

Side note: You can technically eat the fruits and veggies if you wanted to, but they’re probably dirty because they’ve been handled quite a bit by the end of the show.

Typically, during the dance, the lion is depicted to seem bold in seeking new experiences but cautious in studying his surroundings.

Although they might look the same to you and me, there are actually variations to the lion dance. In Malaysia, as with the rest of Southeast Asia, we practice the Southern versions of the dance from Guangdong province in China.

This version has two styles, both of which are practised in Malaysia and can be identified by the horn worn on the lion’s head.

Traditionally, the lions head was always made in specific colours. This practice was drawn from the symbolism of historical characters from the Han Dynasty.

Besides the different colours, the lion costume is also decorated with an elaborate collection of trinkets, each serving a purpose.

The horns and mirrors are generally there to fight off evil spirits, bad energy, and malevolent entities. Meanwhile, the red ribbon is tied to the lion to signify that it is a protective creature.

In Malaysia, many business and homeowners organise a lion dance to be performed at their place of work or at their house because the dance is believed to bring good luck for the year ahead. The lion is brought to tour the office, blessing rooms and desks and entertaining everyone as it goes about its way.

So, the next time a Lion comes and prances about your office, allow yourself to be impressed by the acrobatic abilities of the dancers, enjoy the show and don’t forget to clap at the end!