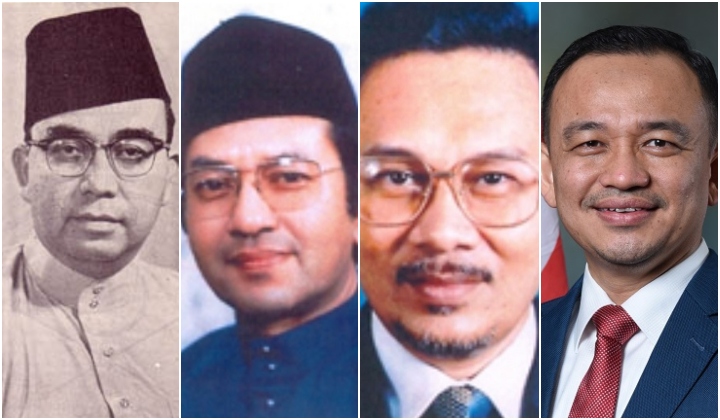 As Malaya became Malaysia, education of the population is a key component in nation building. With the exception of Tunku Abdul Rahman, every Malaysian prime minister has held the position of Education Minister, alluding to its importance and prestige as the stepping stone to prime ministership.

With 18 Education Ministers at the helm since the ministry’s inception in 1955, we take a look at how its leaders have impacted the education system.

As the first Education Minister of the country, Tun Abdul Razak’s education legacy rests on the Report of the Education Committee 1956, or Razak Report 1956, that formed the basis of the Malayan education system.

The National Language Act 1967, which stipulated the conversion of all English-medium schools to Malay-medium schools was passed during his second time as the Education Minister.

Another key figure in the development of Malaysia’s education system is Rahman Talib who oversaw the 1960 Report of the Education Review Committee, aka Rahman Talib Report.

In the report, he suggested that the Malay language be made into a compulsory subject besides English language. He also emphasised that Malay language must be taught from Standard 1 in all primary schools and be made the passing condition for secondary school students and teacher training centres.

The recommendations of the report based on the policies of the Razak Report resulted in the implementation of the Education Act 1961.

You can also thank him for the school examinations we see today. The Malaysian Certificate of Education, or Sijil Pelajaran Malaysia (SPM) was implemented in 1964.

During his time at the post, Lower Certificate of Education, commonly known as Sijil Rendah Pelajaran (SRP) examinations for secondary school students was introduced. SRP was later renamed to Lower Secondary Assessment or Penilaian Menegah Rendah (PMR) in 1993.

He later on went to become the 4th Yang Di-Pertuan, or Speaker, for Dewan Negara.

The Sarawakkian politician took on the post of Education Minister after the May 13 riots of 1969.

Despite his short year-long stint, his legacy is marked by the bold move of abolishing of English-medium education at primary, secondary and tertiary levels, replacing it with Malay language. The phasing out of the English-medium schools began in 1970 and was completed by 1983.

He is also credited for the creation of Universiti Kebangsaan Malaysia (UKM) in 1970 and got rid of the Primary 6 common entrance examination, allowing all primary school students to continue their education to secondary school.

Under his tenure as the Education Minister, the government built ten science-based boarding schools to promote science and technology.

Besides that, admission quotas to vital courses in universities such as Law, Medicine, and Engineering were implemented in 1971.

Tan Sri Mohammad Yaacob was the Education Minister from August 1973 until July 1974.

(We couldnt find any significant educational policy changes during his time, but let us know if you have any information!)

Dr Mahathir oversaw the 1975 amendment of the Universities and University Colleges Act 1971, which was triggered by student protests in Baling, Kedah who were supporting rubber tappers struggling with the collapse of global rubber prices.

In 1975, the amendment banned students from taking part in political party and trade union activities within the grounds of universities and colleges.

He also produced the Cabinet Committee Report on Review of Implementation of Education Policies (Mahathir Report) in 1979 which highlighted the importance of making Malay language as the main medium of instruction and teaching English as a second language.

In 1978, the Education Ministry established the National Committee for Total Communication and standardised sign language in Malay language for hearing impaired students.

He also oversaw the commencement of the Malaysian Higher School Certificate, or Sijil Tinggi Pelajaran Malaysia (STPM) in 1982.

The Malay language became the medium of instruction for all levels of schooling in 1982 and for all university courses in 1983.

Abdullah Ahmad Badawi’s stint in the Education Ministry was marked with educational aid for the disabled.

The Inter-Ministerial Committee on Registration and Placement of Disabled Children and State Child Placement Committee were established in 1984, followed by the Braille Publishing and Printing Pilot Unit of the Ministry of Education and National Council Meeting for Welfare Services in 1985.

As the Education Minister, Anwar Ibrahim continued on with his predecessor’s educational aid.

Under Anwar Ibrahim, the Primary School Achievement Test (UPSR) was introduced in 1988 and the national language was renamed from Bahasa Malaysia to Bahasa Melayu.

Under Najib Razak, the Malaysian education system underwent a major change when the 1961 Education Act was revised and amended to Education Act 1996.

The new education system was focused on building human capital for Malaysia and smart schools were established together with increased use of ICT in education.

Najib also oversaw the establishment of the 1996 Private Higher Education Institutions Act, which allowed foreign universities to establish degree-conferring schools in Malaysia. This was to create more educational opportunities for Malaysians while attempting to position the country as a regional learning hub.

As the Education Minister, he also upgraded the teacher training college (Maktab Perguruan Sultan Idris) to a university (Universiti Pendidikan Sultan Idris) and teaching qualifications were switched from certificates to diplomas.

The highlight of Musa Mohammad’s educational stint was the 2002 Education (Amendment) Act which led to compulsory primary education from 2003 onwards.

His time as the Education Minister is also marked by the implementation of the teaching and learning of science and mathematics in English (PPSMI) in 2003.

In 2004, the Higher Education Ministry (MOHE) was established to separate tertiary educational policies from pre-school to secondary education.

As the Education Minister at this time, Hishamuddin oversaw pre-school to secondary education. Under him, all national schools introduced Chinese and Tamil languages as elective subjects in 2005.

In 2008, school fees for primary and secondary schools were abolished and the Textbook Loan Scheme (SBPT) was opened to all students, regardless of economic background.

Muhyddin’s tenure as the Education Minister saw the reversion of PPSMI in all government primary and secondary schools in 2009 and mathematics and science subjects were taught in the Malay language again.

Later in 2014, the ministry made the sudden decision to abolish PMR and introduce the school-based Form 3 Assesment (PT3) three months before implementing the new system.

In 2017, the ministry considered allowing students to bring smartphones and electronic gadgets to school.

He is currently being investigated by the Malaysian Anti-Corruption Commission (MACC) regarding a solar hybrid power project to supply electricity to schools in rural Sarawak.

While his tenure at the head of the nation’s education was mired with controversies regarding the introduction of Jawi in schools and black school shoes, Maszlee has managed to accomplish numerous things in just under 2 years.

Under Maszlee, the number of classes for disabled students were increased, exams were abolished for lower primary students to focus on a “learning centred” approach, removal of the PTPTN blacklist, free breakfast for all primary students from 2020 onwards and more.