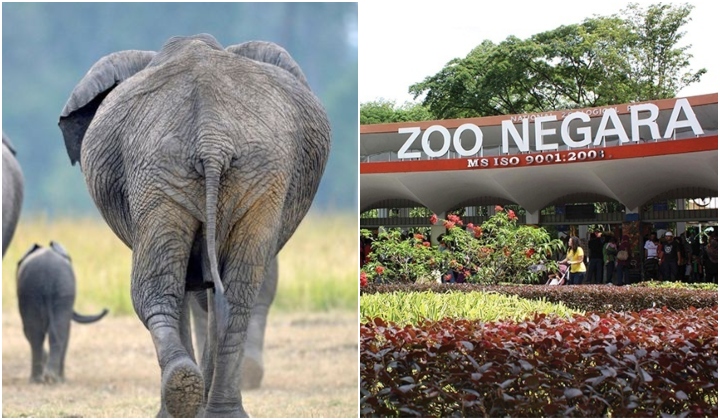 In December 2019, I was surprised to read that people have been begging a Zoo Negara zookeeper to sell them elephant excrement.

The odd requests werenâ€™t few and far between either. The zookeeper reportedly is asked for the â€œcommodityâ€ so often (at least 10 times a month), that he even considered it as a viable source of income for the zoo.

Those asking for elephant dung apparently always had the same story. Someone in the family was ill, and their bomoh told them they will need elephant faeces to be cured.

And if you thought that was shocking, wait until you find out that these desperate people were apparently applying the muck on their skin. Worried that the dung was infected and could cause complications, the zookeeper would usually turn them away.

This had me thinking: What kind of illness were these people facing that they would go so far as to look for elephant poop and apply it on their skin? Do their desperate attempts even work? And could this be the answer to the poor zooâ€™s financial woes since the government stopped giving them grants in 2004?

So, I started researching and asking around for more information on the topic. Guys, the things I found out, whew! Man, it has been a JOURNEY!

After doing a quick Google search, the first thing I found out was that, apparently, in Malay history, elephant faeces is legit a thing people use to treat illnesses.

According to a research article I found in the International Journal of Creative Future & Heritage on the importance of plants and animals in the â€œSulalatus Salatinâ€ or the â€œMalay Annalsâ€ a Malay history book, besides elephant excrement, tiger liver, elephant tusks, and squid bones are also used as tools for medicine.

The article did not, however, explain how these tools were used and what they treated.

My internet search also unearthed what looked like an old news article about a man who went to a traditional Malay medicine practitioner to look for a cure for his elephantiasis.

This man was apparently told to apply elephant droppings (how convenient that elephant droppings might cure elephantiasis) all over the affected area. Sadly, the faecal matter, which he coincidentally obtained from Zoo Negara, didnâ€™t work very well for him.

I then tried reaching out to several bomohs for a comment on the use of elephant dung for medicinal purposes, as well as some elephant experts to find out if there were any benefits of elephant excrement known by the scientific community.

Although the bomoh contacts didnâ€™t work out, my search for an elephant expert did.

Prof Dr Ahimsa Campos-Arceiz, who is a professor in Tropical Conservation Ecology and Principal Investigator at a local NGO called the Management and Ecology of Elephants (MEME) helpfully entertained my strange questions about elephant poop.

â€œI am not aware â€” and canâ€™t think of any â€” medical properties of elephant dung. The use of dung as medicine sounds like superstition more than any sensible reason.â€

On the benefits of the large animalâ€™s excrement, Dr Ahimsa lists fertiliser, fuel and a source of paper as possible benefits.

He also shared a story he heard from an old man in Sri Lanka who told him that fresh elephant dung could be squeezed for drinking water during desperate times – though Dr Ahimsa admits itâ€™s not a use heâ€™d personally try, even if he was desperate.

But on its use as medicine, Dr Ahimsa says that it is unlikely to do any good because faeces tend to be a source of infections rather than cures.

Fortunately for all those who have been applying it on their skin, it turns out that since elephants are herbivores and they donâ€™t share many pathogens with humans, their poop is relatively safe.

So, the verdict is: It probably wonâ€™t cure you. But it wonâ€™t hurt you either.