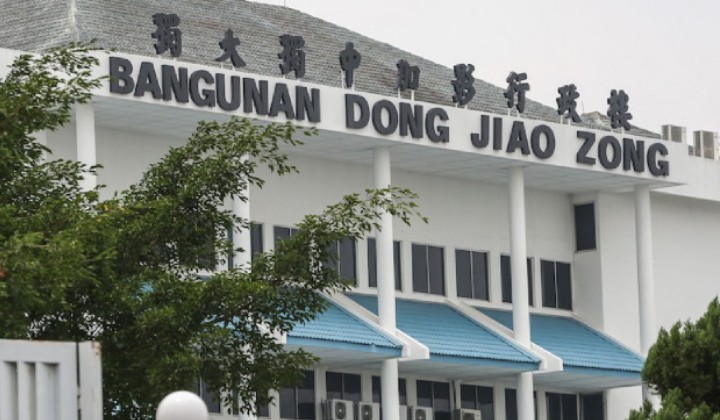 As 2019 came to a close, and 2020 loomed, the discussion over Jawi in the education syllabus has sparked outrage on both sides.

There’s been an incredible amount of misconception and fear over this issue, but particularly over the assumption of Dong Zong as some kind of anti-Malaysian organization with a superiority complex, but are they really?

In 1954, Dong Zong (The United Chinese School Committees Association of Malaysia) was established to safeguard and develop Chinese education while striving for equal educational status within Malaysia.

In 1962, schools that were unwilling to change their language of education to English or Bahasa Melayu were changed to independent Chinese schools, maintaining the usage of Chinese to teach.

At this point, the government withdrew all financial support, so these independent Chinese schools had to rely on donations and support from the Chinese community to survive.

After the passing of the 1961 Education Act, the government stopped providing standardised examinations in the Chinese language to these independent Chinese schools.

Each school penned and hosted their own examination papers until 1975, when Dong Zong set up the Unified Examination for Independent Chinese Schools (UEC), which is equivalent to STPM and A-levels.

Since then, Dong Zong has continuously fought for the UEC to be recognized by the Malaysian government. The UEC is recognized in most Malaysian private institutions as well as overseas in countries such as the UK, US, Canada, Russia, Australia, New Zealand, South Korea, Japan, Hong Kong, India, and more.

Only Sarawak started to recognise the UEC results of applicants to the state’s civil service in 2015.

Until today, the recognition of the UEC examinations has been a political hot button issue. During the GE14 elections, the Pakatan Harapan manifesto included a promise to recognise the UEC… the same promise that has been made since former Prime Minister Najib Razak in 2013.

The PH manifesto is unclear on an actual timeline for when the recognition would take place: originally promised at 100 days, the government has since pushed back and changed that promise to within 5 years with a dedicated task force to determine “sensitivity of the issue”.

It’s not difficult to see why Dong Zong is on the defensive when it comes to dealing with government education policies.

After years of being shunned from government aid while faced with threats and broken promises, Dong Zong has no choice but to be wary moving forward.

The Jawi issue simply exacerbated a thorny situation with extremist opportunists on either side.

However, as much as some people want to make it a “Chinese vs Malay” racial issue, Dong Zong doesn’t necessarily represent all Chinese Malaysians.

Dong Zong themselves have clarified their stance on postponement, not opposition.

However, this issue serves to highlight the bigger problem of racism within the country: that the Chinese Malaysian people have long felt oppressed in their own country.