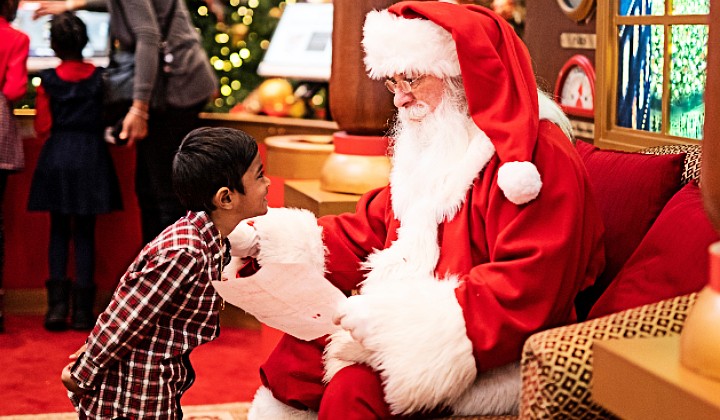 The debate on whether or not it’s okay for Muslims to wish non-Muslims “Merry Christmas” or any religious and seasonal greetings for that matter, pops up every single year.

And every year, Muslims around Malaysia (and the world) would be divided as friends and family argue on the Halals and Harams of when it comes to celebrating and wishing non-Muslims on their respective festivities.

So to once and for all clear the air zam-zam on this confusing and controversial issue, here is a quick “halal compliance” guide to appropriately celebrate Christmas and any other non-Muslim religious festivities here in Malaysia as according to the Malaysian National Fatwa Council.

Is it okay to wish someone “Merry Christmas”?

According to the Fatwa Council, there is absolutely nothing wrong with Muslims giving celebratory wishes to non-Muslims during their religious or cultural festivities in any form; verbally or non-verbally via text messages, greeting cards and the likes.

Based on the official fatwa edict by the council back in 2007, it was permissible for Muslims to extend greetings and wishes to their non-Muslim counterparts, so long as the message does not glorify the other religion and faith.

The council also concluded that it was okay for Muslims to wish and celebrate non-Muslims during their festivities just as long as no religious symbolism is used in the greetings and messages.

Not only is it permissible to wish and celebrate non-Muslim festivities, but the act of sending good vibes and greetings is also encouraged in Islam as a means of maintaining a wholesome, homogenous relationship with people of different faiths.

Is it okay to attend Christmas parties and celebrations?

The national fatwa allows Muslims to attend and together celebrate Christmas or any other religious festivals on the grounds that there is a “need” for it.

Meaning that if you have Christian or non-Muslim friends and family members who invite you to a celebration party, open house, or even if your office is hosting an event, there is a clear “need” for you to attend and not be rude about it.

But there are certain boundaries that a Muslim must follow in order to comply with the Islamic way of celebrating;

Can you give and accept presents on Christmas?

It’s customary during most religious or cultural celebration to exchange gifts, and there are no mentioned prohibitions for Muslims to either accept or give out gifts and presents during Christmas or any other festivities.

(This would also apply to cash gifts like ang pao during Chinese New Year).

But Muslims are still prohibited to accept or give haram items such as alcohol, drugs and the likes.

Islam at its core is a religion of peace and tolerance that encourages its believers to engage and interact harmoniously. With Malaysia being a multicultural society, let us all strive to embrace one another and celebrate our similarities instead of focusing on the extremes of our differences.