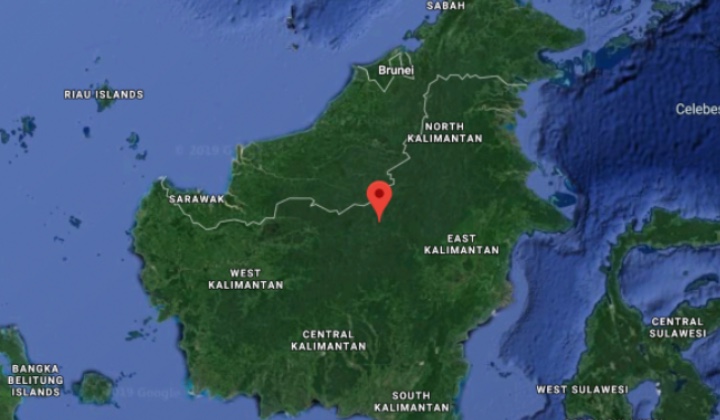 Are we Borneo or are we Kalimantan? Malaysians, Bruneians, and Indonesians have been feuding over the age-old question of what the island is called.

After the recent uproar of Google’s Kalimantan mishap – many Malaysians turned to twitter to express how they felt about the name change.

How can an Island have two very distinct names? Are there more than two names? Do people actually prefer being called Kalimantan to Borneo?

Many people didn’t know that this Island shared so much with 3 different countries.

So, how did it all start?

The Island is known by many names. Worldwide it is known as Borneo, after the land Brunei. Many suspect it is derived from European contact with the land in the 16th century. In the olden days, Borneo was also referred to as Bo-ni according to Chinese records in 977.

Indonesian natives call the land, Kalimantan. Derived from a Sanskrit word Kalamantha, meaning “burning weather island” after the tropical weather. In Sarawak, the term Kelamantan refers to the sago-eating peoples of northern Borneo.

The whole of Borneo was once controlled by the Bruneian empire during its golden years in the 15th to 17th centuries. However, Brunei’s sultanate power began to recede to its present size in the late 1800s due to rebels seeking Dutch aid.

The Dutch influence was growing at the time to the south of the island from west to east (Kalimantan Indonesia). This caused the British to later establish two protectorates on the north side (Sabah and Sarawak).

The Dutch East Indies had later become a part of Indonesia in 1950. Both Indonesia and the Philippines objected when Malaya decided to create a union with Singapore, Sarawak, and Sabah in 1963. Brunei was also invited to join Malaya but turned down the offer and gained independence later in 1984.

This led to Sabah and Sarawak being raided by Indonesian-led guerrilla raids in 1963 until 1966. Since then, peace has mostly persisted on the island throughout the decades since the three countries’ independence.

Who actually lives on the Island?

The Island is the third-largest island in the world, after Greenland and New Guinea. With a massive population of 16 million, of whom 300,000 are in Brunei, 4 million in Sarawak and Sabah, and 12 million in Indonesia.

Kalimantan is used as a geographic term for the entire island by Indonesians.

The Kalimantan population is largely Malay and Muslim, mostly living in coastal areas. However, the Dayak also holds a significant minority of indigenous peoples who are now mostly Christians.

On the other hand, Borneo is a term that’s recognised internationally used by those in Brunei, Sarawak, and Sabah.

The East Malaysian population mostly consists of natives like Iban, Kadazan & Bajau. Brunei is predominantly a Malay and Muslim country, too. Both countries have a minority of Chinese and Indian peoples as well.

Just to recap: Borneo and Kalimantan both mean the same thing. Kalimantan is just used amongst Indonesians and Borneo is termed used worldwide.