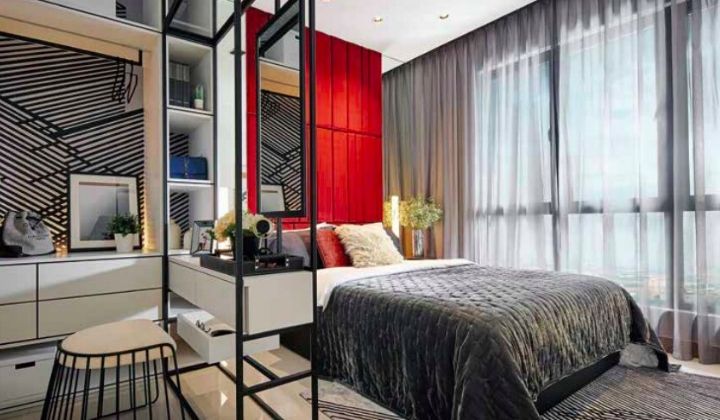 Josh* was 27 when his parents first asked him to buy a house. “They told me I should start looking around to find a place I like because I’m not young anymore,” he said. The ‘asking’ eventually turned into ‘nagging’, which only stopped last month – after Josh placed the down payment for a condominium in Ampang.

On the other hand, Ram* bought his current home about 10 years ago for a slightly different reason. He explained, “All my elders, as well as the people whom I look up to, told me I should get a house before I turn 30 because it’s a good form of investment. So that’s what I did.”

Home ownership is a hot topic among Malaysians as some of us feel the pressure or need to own a house as soon as possible. The reasons for it are similar to those listed above, which all boils down to one thing – expectations from our parents, elders, and society in general.

Why is home ownership so important to our elders?

A long time ago, landowners were either royalty or their nobles. These people would then allocate pieces of that land to farmers, whose job was to harvest crops and raise cattle for the landowners. In return, the farmers get to build houses on the allocated plot and call it home.

However, the farmers do not own the land or the houses built on it. These technically belonged to the nobles. The farmers could spend years working and living there, but the fate of their living arrangements was still at the mercy of the landowners.

This changed later with the birth of rich merchants, who could afford to buy land and buildings from the nobles. Only then could the non-ruling class be the ultimate decision makers of their place of residence.

As such, home ownership is traditionally associated with stability and security. Owning a house means you don’t need to worry about not having a roof over your head – a sentiment shared by people of our parents’™ generation.

For the younger generation, renting seems to be the more appealing option

Malaysia is said to be experiencing a renters market situation currently, and you could stand to save more by renting instead of buying a home. Aside from the price war, landlords will have to compete with co-living companies that offer shorter lock-in period.

The fact that Malaysian houses are deemed “seriously unaffordable“by Bank Negara also makes renting the only wallet-friendly option at the moment.

For Amirah* and her husband, they would only consider buying a house if they have money to spare. “Even if we were to have children, we still won’t be buying a house. I feel that it’s more important to use that money for the children’s food and education. The condo we’re renting now isn’t too expensive and is spacious enough for us to start a family,”she said.

Meng* also thinks it’s better to rent as he appreciates the flexibility. He sees buying a house as a long-term commitment, which he isn’t ready for right now.

But there are those who still prefer to buy a house

It’s worth to note that as of today, there is no law that governs the rental market in Malaysia. The signed tenancy agreement would be used to settle any disputes between a landlord and tenant.

So, it’s still up to your landlord to set the terms of your tenancy contract.

This is why renting was never an option for Emily*, “I don’t like the idea of being in a space that’s not my own. Also, there may be too many rules that I need to follow, so I cannot decorate the place as I like.”

For the financially savvy bunch, a house can always be turned into an investment opportunity. Joon* said that she would buy a house if she had the money as not only can she live in it, she can also rent it out or sell it. “If I can afford it lah,”she emphasised.

It all comes down to personal preference and financial capability

There’s no right or wrong when it comes to home ownership – but you do need to have a place to live as shelter is a basic human need.

If flexibility is more important for you, then renting would be the best option. If you prefer stability and security, then you should look for a house that suits your lifestyle and budget.

The government and property developers are also working together to make housing more affordable. There’s the Home Ownership Campaign where developers like Platinum Victory are offering a 10% discount on selected properties; and the Sabah government recently announced that they’ve allocated RM4.8 million for their affordable housing programme as well.

Just because everyone says that you should own your first home by a certain age, it doesn’t mean that you have to. It’s fine to set a milestone that suits your lifestyle and arrive at it in your own time.

So yeah, take your time guys.

This piece is sponsored by Platinum Victory Property, who is on a mission to empower and help Malaysians own their first home whenever they are ready. Click here to check out their current projects.