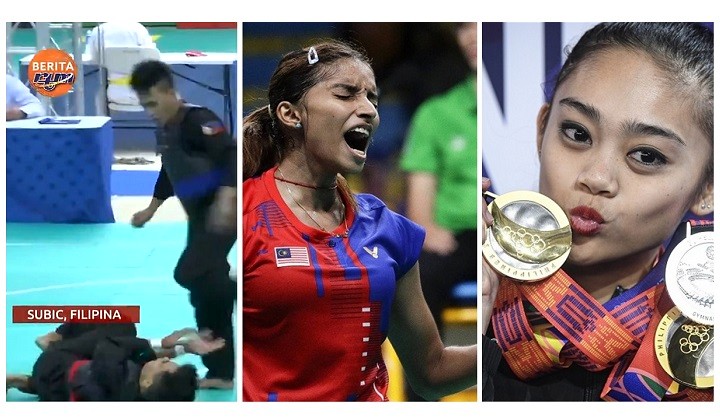 If you havenâ€™t heard, there was a sporting event that took place at the end of November in The Philippines that had people talking.

Yes, weâ€™re talking about the 30th SEA Games which finally drew to a close on the night of 11th December in Manila after many controversies.

With Malaysiaâ€™s final medal tally falling below target at 55 gold, 58 silver and 71 bronze, this is probably one of our most disappointing SEA Games performance.

But was it really all that bad?  We take a walk down memory lane to look at the good, the bad & the ugly of the 2 week-long games to decide.

What makes the academicianâ€™s gold especially amazing is that itâ€™s the first time that E-sports is included in the SEA Games and the debut of e-sports in a multi-sport competition recognised by the International Olympic Committee!

Not only that, Yeoh beat out two-time gold medallist Nguyen Ngoc Truong Son from Vietnam in his very first SEA Games appearance!

Nobody was more surprised than national shuttler Kisona Selvaduray when she was declared a SEA Games champion, earning the womenâ€™s badminton
singles gold medal.

The World No 104 wasnâ€™t even expected to compete, let alone win, when she was called to step in after defending champion Goh Jin Wei had to withdraw from the games after a surgery.

Her surprise victory, along with menâ€™s shuttler Lee Zii Jiaâ€™s win, also marked the end of a 46 year wait for Malaysia to dominate both menâ€™s and womenâ€™s badminton singles titles at the SEA Games.

The last time Malaysia scored such a coup was in 1973 at the hands of badminton legends Punch Gunalan and Sylvia Ng.

The Bad â€“ The Disappearing Gold

For a beautiful sport, the rhythmic gymnastics competition was the cause of much headache as national athletes Izzah Amzan and Koi Sie Yan were both joint gold medal winners for the ribbon competition.

Initially, Sie Yan was declared winner and Izzah runner up based on the level of difficulty in their routine even though they had identical scores. But the Malaysian delegates launched a protest against the juryâ€™s decision, and the two were declared joint winners.

Unfortunately, Izzahâ€™s gold appeared to have been withdrawn and official results named her as the silver medallist for ribbon.

Naturally, the Malaysian camp was unhappy and protested for Izzahâ€™s gold to be reinstated. The result is a happy ending as The Philippines SEA Games Organising Committee (PHISGOC) has agreed to reinstate the ribbon event gold medal to Izzah after studying the technical regulations for the Games.

The Ugly â€“ The Controversial Kick

It was the incident that sparked uproar all over Malaysian social media. The hashtags #SEAGamesFail and #SEAGames2019Fail were trending on Malaysian Twitter as Philippines pencak silat athlete Dines Dunaan was awarded a controversial win over Faizul Nasir after knocking him unconscious.

In a now viral video, Dines appeared to kick Faizul in the head after he fell down in the 55kg category of the menâ€™s tanding event.

As Faizul was unable to continue, Dines was declared the winner. However, many were upset at what was deemed a lack of sportsmanship combined with the delayed medical treatment for Faizul.

It was reported that Faizul was unconscious for 3 full minutes before he was rushed to the hospital where he was placed in the intensive care unit (ICU) as he did not respond to treatment.

As of writing time, New Straits Times reports that Faizul is now out of danger and awake although still hospitalised in Manila.

Looking at all the highs and lows of the 30th SEA Games, itâ€™s safe to say that this event is definitely one for the history books.

We congratulate our athletes for putting up a good fight in their bid to bring glory to Malaysia. But for now, weâ€™re glad the games are over.