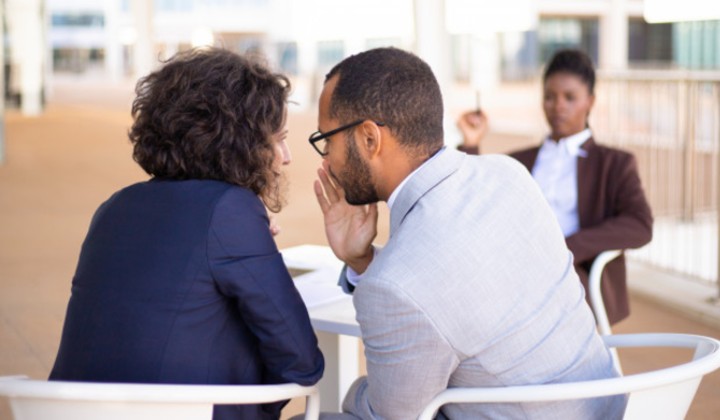 “Fake news” has been a growing problem in recent years. Misinformation spreads quickly on social media, especially if it’s controversial.

And while the elderly are much more susceptible to believing in and spreading fake news, almost everyone has shared unverified information without fact checking beforehand.

But you’d like to think that you know better. After all, you’re not the one mass-forwarding Whatsapp messages into your family group chat.

You get your news from reputable sources… right?

You Are Fake News – Fake News GIF from Fakenews GIFs

The real problem is bias.

The thing with humans is that we are fundamentally really biased.

A study has shown that people remember facts wrongly to fit in with their biased worldview.

When presented with facts that were consistent to public opinion, the participants accepted it and remembered the numerical correlation.

When presented with facts that went against people’s beliefs, participants would remember the numbers correctly, but change the numerical correlation to fit their worldview.

The example used in the study was participants reading a news piece about the number of Mexican immigrants in the US declining from 12.8 million in 2007 to 11.7 million in 2014.

This fact (the decline of immigrants) is not consistent with the public assumption that there are more Mexican immigrants in the US than ever.

They found that people will remember the numbers correctly, but flip the numbers to show an increase instead the factual decrease so that it aligns with their bias of increasing immigrant numbers.

They werenâ€™t guessing â€“ they got the numbers right. But their biases were leading them to misremember the direction they were going.

These memory distortions caused by these biases are magnified when spread via word-of-mouth as well.

Participants were instructed to pass along the information to other people in a chain, similar to the “telephone chain” game.

At the very end, researchers found that the average participant claimed that Mexican immigrants increased by 4.6 million when in reality they decreased by 1.1 million!

The results suggest that the outside world isn’t the only source of “fake news” we should be critical of.

This is particularly true for viral stories that spread in Malaysia which often involves reinforcing racial stereotypes, political prejudice, or gendered biases.

We live with our biases all day, but we only come into contact with false information occasionally.

But most importantly, keep your mind open to factual information that may not be what you want to hear.

TikTok Won’t Allow Anyone, Even Politicians, To Spread Misinformation During GE15