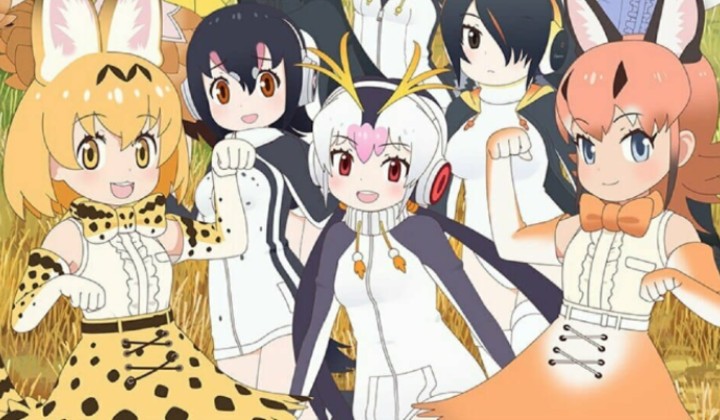 In case you needed a better reason to watch anime, a study from Japan just proved that anime translates into real-world interests and positive behaviour.

They tracked public interest after an anime about a girl and her animal friends (which are anthropomorphic, of course) quickly rose to popularity in Japan.

Evidence suggests that seeing animal-led media inspires people to learn more about the species the characters are based on â€“ particularly when those species are lesser-known.

In the 18 months during and after the broadcast of Kemono Friends, there was a total increase of 4.66 million Google searches and 1 million Wikipedia page views for the animal species featured as characters in the anime compared to the 18 months before the broadcast.

At first, we thought anime is just entertainment, so we could not take the data seriously. But it clearly shows Kemono Friends has a positive effect on public interest in wildlife, regardless of the species’ conservation status.

Kemono Friends contributing to an increase in public interest of animal conservation isn’t an isolated example of how anime channels interest back into the real world, either.

The anime Cells at Work! is so popular and accurate that some educators have incorporated the show into their curriculum to be used as homework.

Cells at Work! is basically the “behind-the-scenes” story of the cells in your body, with each episode featuring their struggles and relationships in maintaining the body’s health.

The show has been lauded by biology teachers, students, and even a cancer researcher for its accurate portrayal of the biological functions of cells.

This talk was about how immune cells were preventing the initial outbreak of cancer. Even in the eyes of cancer researchers, I think it was a very accurate content.

Anime, and other forms of popular media, can easily make difficult complex topics easier to digest for students and the general public.

However, in the case of Kemono Friends, Fukano also adds that good information and additional education must follow up the initial pique of interest so that public enthusiasm can lead to real-world change.

Encouraged by public interest, The Kemono Friends Project has collaborated with zoos to create special illustrations of individual zoo animals to be used in displays and posters around the zoo.

The show’s creators have also made monetary donations to those collaborating zoos and the World Wide Fund for Nature.

He is optimistic that collaborations between entertainers and conservationists will be able to attract a very large potential audience and get them interested in environmental topics.

So what are you waiting for? Time to watch some anime!