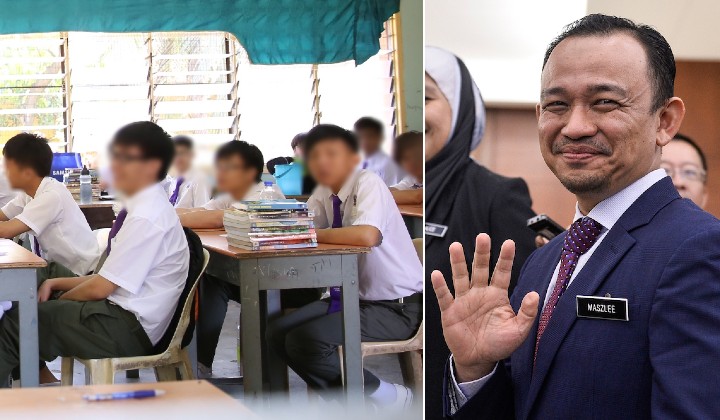 Shah may have flunked her SPM, but her determination in picking up the Korean language online scored her a career of her lifetime: becoming a Korean translator for big KPOP acts like Blackpink.

Armed with just her language skills and RM700 worth of savings, Shah took a leap of faith and flew over to Seoul, South Korea.

According to her interview with Astro Awani, Shah disclosed that she once became a victim of our society’s negative stigma towards art stream students.

She flunked her SPM, barely attending school due to migraine attacks since she was 10.

Through the Internet, she learned Korean and has since worked as a translator for groups like Blackpink.

Looking back, Shah wishes she had more support as an Arts stream student.

“For me, a society will only succeed if they recognise life skills and creativity the same way they do academic success. Even in school we have science stream and art stream, but for some reason, being in the latter made me feel embarrassed.

No student should feel embarrassed about their talent. Just because you don’t excel in academics, it doesn’t mean you can’t excel in life.”

Remember back in school how our parents would pressure us to do well in PMR so we could join the science stream? The stigma back then was that if you end up in art stream, youâ€™re not the cream of the crop.

But have you ever wondered, is art stream really that pointless?

In fact, over the past couple of years, Malaysians have been soaring on the world stage with success in the art scene.

(Disclaimer: these may be special cases, but they’re proof that being in art major isn’t a guarantee that you won’t succeed in life.)

Take for instance our very own Crazy Rich Asian, YB Tan Sri Dato’ Seri Michelle Yeoh Choo-Kheng. She pursued choreography after a spinal injury from ballet and graduated with a BA degree in Creative Arts with a minor in Drama.

She pursued acting and got her international break when she starred in one of the James Bond movies, Tomorrow Never Dies.

And then thereâ€™s Kuching-born James Wan, the director that defines the new era of horror movies with franchises like SAW, Insidious and The Conjuring. Before his debut, he went to RMIT University, Melbourne to pursue Bachelor of Arts in Media.

You can argue that these icons had to go abroad to pursue their dream, but if you think about it, the art scene in Malaysia is growing rapidly too. There are now various opportunities for stable art careers you can pursue.

Meanwhile, the creators of Upin & Ipin from Lesâ€™ Copaque Production Sdn. Bhd. have proven that even our animation industry isnâ€™t too shabby! Thus far, they have been internationally recognized not just within the Malay Archipelago, but also as one of the Oscar 2020 nominations for Best Animated Film.

If parents are still worried about how competitive the art industry is, there are actually so many other production houses in Malaysia who are engaged by studios overseas for their animation work as well as established art schools like Lim Kok Wing University and KRU Academy.

In fact, according to our Minister of Education, Dr Maszlee Malik, there have already been conversations held amongst the ministry and their stakeholders about ending the separation of streams in the school curriculum.

We are going to allow students from the arts stream to take subjects under the science stream and we know there are science students who are good at arts but our present system does not allow that.

Cross-streaming is the way of the future; whether we want it or not, we must be prepared for it.”

Dr Maszlee Malik, Minister of Education via The Star

The good news is that the government did eventually follow through by abolishing arts/science stream for Form Four students in 2020.

“This (the abolition of arts and science for Form 4 students) needs to be done according to the capabilities, availability, suitability (facilities/infrastructure), as well as considerations of each school.

We want schools to encourage students to choose a path or stream which they are keen on, so that they will excel in that subject.
Students can also pick up to five elective subjects and mix between the subjects in this new system.”

It looks like the ministry is trying to level the playing field for all the students. We hope someday society will follow suit and end the negative stigma against art stream students too.