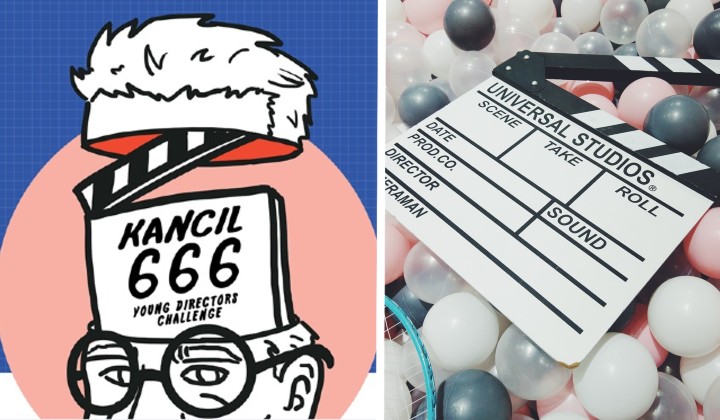 We all have dreams that we never dare to translate into real life.

Sure you may want to be a singer, or esports athlete, or professional dancer… but maybe you feel that there are limited opportunities for you to pursue your dreams.

Its Just ADream ADream Spirited Away GIF from Itsjustadreamadream GIFs

We’ve all seen movies like this: someone joins a competition, submits their passion project, then kickstarts their dream into a real career.

The Kancil 666 is a film competition open to young aspiring film directors to bring their dreams to life and let them step into the industry.

Every year, 6 new directors work with 6 different production houses to produce a 6-minute film each.

Chevie Law, the 2018 winner of the Kancil 666, is now attached to Directors Think Tank. She has travelled the world for shoots, directing ads for their Malaysian and Indonesian agency, and winning multiple awards to add to her name.

She’s thankful for all these opportunities to learn and grow, especially shooting outside of Malaysia. For the aspiring filmmakers, she shares her favourite quote:

When you reach for the stars you may not quite get one, but you won’t come up with a handful of mud either.

This year’s 2019 shortlist is based on the theme of ‘Belief‘.

Sherwynn Victor, 23, built the idea of a perfect friend from an appreciation of his friendships who are at just the right emotional frequency.

His alien-human friendship film will come to life with the help of PRS Films, one of the pioneer production houses in Malaysia since the 1970s, consistently producing quality films through being progressive, reliable, and sustainable.

Nelson Tse, 27, was inspired, quite literally, by being stuck in a lift with a small boy. He wanted his short film to explore second chances that change the little moments in life.

Mojo Films will help Nelson weave an emotional short film that the audience will invest in.

Chan Teik Quan, 23, draws his inspiration from the sudden passing of his mother. Robbed of his chance to say goodbye, this short film is his way to give her a farewell gift.

Aiding him will be Graph Studio, a relative newcomer to the industry since 2016, but a firm believer in the unconventional and in collaborations.

Aiman Aliff, 26, recalls being bullied in his childhood. In a story about good intentions taking an unexpected turn, he finds himself being the bully instead.

This short film will be produced through Directors Think Tank, an award winning production house that prides itself in crafting films that challenge conventional storytelling.

Kiran Jacob, 27, was inspired by the people’s abilities to perceive stories differently and tailor the way we tell stories from our experiences.

His story will be woven into reality with the help of Passion Pictures.
https://www.facebook.com/graphstudiomalaysia/

Wong Kuok Siew, 26, said he simply walked the path of life that was laid out for him, until one day he made a short film for a business school assignment. The journey and feedback inspired him to forge his own path into filmmaking.

D Moving Pictures will aid Kuok Siew on that journey to turn his short film into reality. Since 2010, they have aimed to create moving pictures that will remain in hearts and minds for a long time.

Think you’ve missed out? Well not to worry, because you can always join next year’s Kancil 666 and try your hand at film making! Check out their Facebook page here.

There’s nothing to lose and everything to gain!