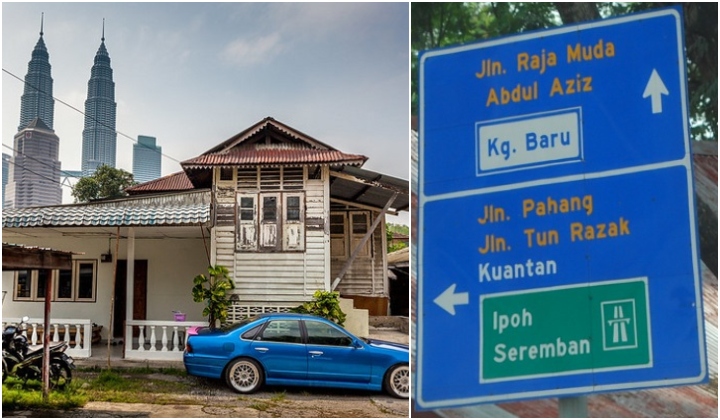 Many KL-ites know of Kampung Baru, the Malay kampung smack dab in the heart of the city that has steadfastly remained relatively unchanged for decades.

This is mostly due its status as a Malay Agricultural Settlement, under Section 6 of the Selangor State Government Land Enactment 1987.

However, it looks like the long arm of development has finally come knocking on the door as plans are in motion to redevelop the land with high-rise condos, corporate towers and retail complexes.

With so much attention placed onto this prime piece of land for its monetary value, we figured it would be interesting to explore the kampungâ€™s historical and cultural value as well.

What we found was 5 incredible reasons that make Kampung Bharu so iconic!

Founded in 1900, the Sultan of Selangor granted the land to the Malays residing at the then heart of KL at Masjid Jamek.

The purpose of the Kampung Baru settlement formation was to encourage agriculture among the Malays, especially in planting paddy.

However, the land was declared unsuitable as a plantation by the headman and the area was converted to a residential land instead.

With 119 years of history behind it, the settlement survived through British colonial rule, Japanese occupation and the fight for independence.

Additionally, it is also the biggest Malay enclave in Kuala Lumpur.

Over 100 years of existence will naturally come with some colourful history. And oh boy, Kampung Bharu has a seriously colourful past.

It is said that the seeds of independence were first sown in Kampung Bharu.

In fact, UMNOâ€™s founding roots were in this very land, sparked by the first Malay Congress Assembly which was held at Sultan Suleiman Club to protest the Malayan Union.

Unfortunately, it was also the starting point of the tragic May 13 riots in 1969.

Set against the backdrop of some of Malaysiaâ€™s most iconic skyscrapers, the juxtaposition of the traditional Malay houses makes Kampung Bharu one of the most incredible sights in Malaysia.

While there are many fine examples of Malay kampung houses peppered throughout the enclave, one of the most popular homes is Master Matâ€™s house.

The home of a respected former headmaster of an English school in Setapak, Ahmad Mohamed or Master Mat, it was built in 1921 in Malay-palladian style.

The bright blue house is so well preserved that it is now a tourist attraction where curious onlookers gaze at its concrete balustrade staircase and stone columns that support the wooden house above.

Besides Master Matâ€™s house, there are scores of traditional wooden Malay houses that belies its spirit. All you need to do is just take a walk!

4. Kampung Baru is not one, but SEVEN villages

Thatâ€™s right! Kampung Bharu is not one village but collectively seven villages that comprise of settlers from various decedents, which are:

Today however, the Kampung Bharu residents mingle freely, roaming around the village as they run various errands.

Kampung Bharu is strongly tied to Malay identity. But, it is Malaysian after all and thereâ€™s nothing we love more than FOOD!

Kampung Bharu is also where youâ€™ll get the best of Malay and Indonesian such as Pak Lang Ikan Bakar, Ayam Penyet from Wong Solo and tapai, a sweet fermented rice dessert wrapped in banana leaves.

Hungry residents often get their bellies filled at the Jalan Raja Muda Musa food stretch and during the fasting month, the Ramadan bazaar here is the place to go!

If you were curious before, now you know why Kampung Baru is such an icon in both Malaysiaâ€™s past and present.