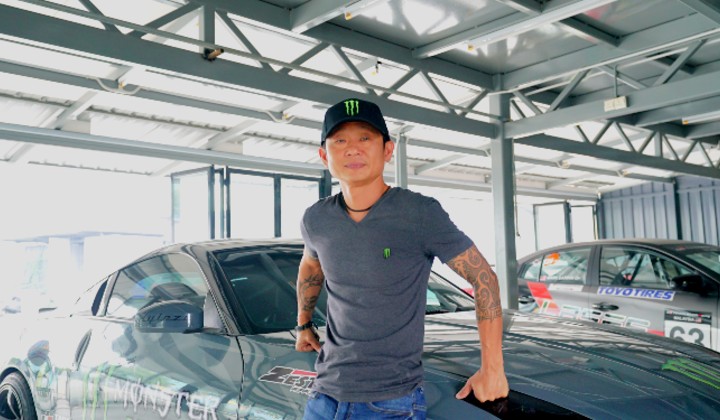 â€œDonâ€™t do it… Just donâ€™t go into motorsports.â€

Being absolutely â€˜realâ€™ in regards to the cut-throat world of motorsports, veteran Malaysian race car driver, Zen Suan Chuan Low or Zen Low for short, wouldn’t recommend racing as a career for anyone.

Calling those in the industry, including himself, â€˜crazyâ€™, Zen explains that it takes a lot more than passion and a need for speed to make it in the racing scene.

With over a decade of racing experience under his hood, Zen says that there exists many challenges in the industry and it’s very difficult for anyone, especially new and upcoming racers to get a start in the sport.

He said that racing not only requires immense talent and skill behind the steering wheel, the sport also demands great discipline, focus and a level of sacrifice that no average person can accomplish easily.

Explaining that racing is a â€˜rich manâ€™s gameâ€™, Zen says that one would also need very deep pockets to even have a chance to be involved in the industry.

â€œItâ€™s a sh*tty career… It’s expensive and the odds are always stacked up against you.â€

â€œIf you are looking to start off in the game with absolutely nothing than it will be very tough.â€

â€œLook at the top racers and drivers in the world (Formula 1 drivers) all come from well-off families.â€

â€œIf you don’t have the money to start, it is very difficult and rather impossible to have a career in racing.â€

Expressing his frustrations towards the gloomy state of the current industry, Zen wished that there was more support and endorsement towards the national motorsport scene, especially from the government.

â€œWho would want to race if you only have the janitors sitting at the stand (at the Sepang International Circuit) looking at you?â€

â€œWhich is why I prefer racing internationally, like in Japan, for instance, no matter rain, shine or snow, there are always people sitting in the stands to watch you race… This is a thrill and becomes a great motivator on its own.â€

â€œI personally have never taken any money from the government, but I see that in order for the sport to grow, the government has to at least give recognition to those in the industry and show support towards the sport.â€

Growing up as a small kampung boy from Kuching, Sarawak, Zen shares that his journey in motorsports had not been a cakewalk.

From having little to no support from his family to not having the proper avenues to pursue his dreams, this veteran has spent the major part of his life hustling his way to become the fully-fledged racer that he is today.

Knowing first hand how expensive the racing game can be, Zen went about his adult life working his way in the corporate world, setting up businesses, making connections and collecting funds to pursue his goals.

One time during his youth, Zen even worked as an errand boy at an underground gambling den in London, just to fuel his addiction for racing!

From humble beginnings riding BMX bicycles around town, racing Go-Karts that he borrowed from friends, to racing jet skis along the Sarawak River.

Zen has since taken part in numerous motorsports events collecting more than 50 podium places and some 17 wins in the local and international scene including; the Asian Le Mans Series in 2013 and 2016, and the 2015 GT Asia Series.

His most notable and memorable moments on the track included his win at the 2016 Merdeka Millenium Endurance Race as well as finishing 3rd in the 2017 Ferrari Challenge Asia Pacific Series.

He even had the chance to burn rubber at the prestigious, Circuito da Guia – a race track that cut across the city streets of Macau – which remains one of the most intimidating racing tracks in the world and is only open via invitation.

When not on the track, Zen spends most of his time training for the next race as well as feeding his newfound love for the high adrenaline-fuelled sport of Drifting!