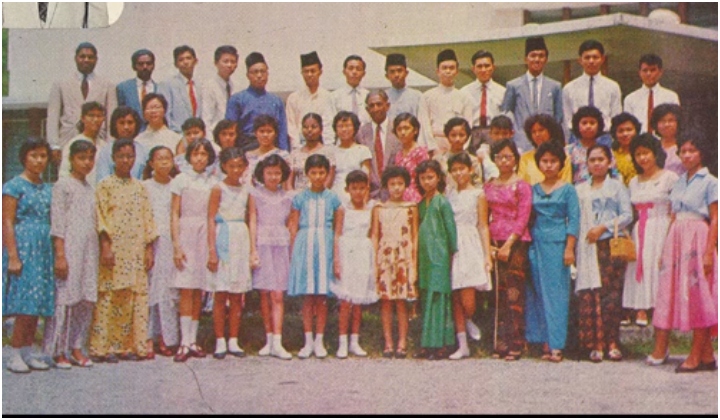 Getaran Pertama is about the formation of our first national choir who sung our national anthem, Negaraku, for the first time on Merdeka Day in 1957.

We sat down with the folks at M&C Saatchi and Directors Think Tank to explore how the agency and production house worked together to take the tale of Malaysia’s first national choir and turn it into a video.

Darren, Evelynn, Rajay, Tek Nam and the rest of the team were moved by the story of the choir and excited to tell it.

With less than 12 days to bring the true story back to life, they confessed that it would have been impossible to do it without the help of everyone on board.

And thankfully, they got a lot of help.

Evelynn made trips to the National Film Development Corporation Malaysia (FINAS) and Arkib Negara Malaysia for approvals and records surrounding the events leading up to Merdeka but the fifties were a time when film and photography weren’t as common as today.

So, to find out more about the events that transpired, the crew met with Tan Sri Ahmad Merican himself, as well as Robert and Carol Fonseka, the children of Tony Fonseka.

They even spoke to Yasmin Merican, one of the original members of the choir group. She was five at the time and is the little girl in the front row of the photograph.

After discovering the challenges faced by Ahmad Merican, Tony Fonseka, and the choir group in bringing together a multicultural choir group to sing the national anthem for the first time EVER on Merdeka Day itself, it wasn’t just an ad anymore for the folks at M&C Saatchi and Directors Think Tank.

Now, there was a higher purpose – to tell this story and make Malaysians feel proud about coming together and working together for a single cause and to celebrate our national anthem by acknowledging the first time it was ever sung. We wanted to affect people in some way that you not only felt patriotism towards Merdeka day itself, but you also see unity take place during a time before we had to talk about unity.

Obviously, the beauty was in the details.

The team had a flag with only 11 stripes custom made to be featured in the video to reflect Malayaâ€™s flag before the formation of Malaysia.

The costume for the choir group in the video was specially handpicked by the team’s costume designer to resemble the outfits worn by the actual choir group from the photograph of them singing Negaraku.

The crew couldn’t figure out which Fiat model was used exactly because no one could remember, but the 500 Fiat featured in the video is supposedly the smallest Fiat that exists.

Effort was put into every single shot. It was important to Rajay and his team that they kept the elements in the video as close as possible to the time period of the late fifties, to reflect the cultural and historical significance of that special day in 1957.

For Darren, Rajay did something no ad has done for Merdeka in a long time.

Darren won’t admit that he cried the first time he watched Getaran Pertama, but Evelynn did. Tek Nam said tears filled his eyes and there were so many emotions he could hardly identify them.

One thing is for sure though, he’s heard Negaraku a million times before. But this time, he HEARD it.

I didn’t cry. Evelynn cried. When everyone first saw Jay’s work it moved us tremendously. It was just a small group of people and while we watched it, the emotional drive was so strong. I don’t know how to explain it.

I don’t know if it was such a hard job, but the moment I heard the first verse my eyes became wet. Never felt that way listening to the national anthem before this.

The team admits that they are not anywhere near as significant as the people in the original story, but interestingly enough, the timeframe, the effort, and their journey to create the video felt almost like it mirrored the story they were telling.