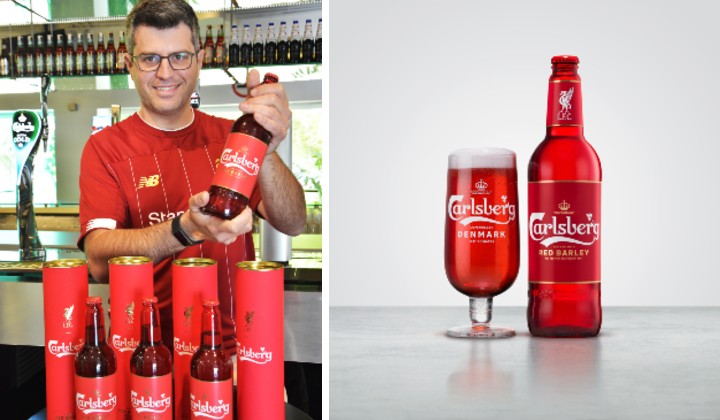 What Malaysian Liverpool fans lack in numbers, we make up for in spirit.

Carlsberg knows that too, which is why they’ve brought back their special-edition Carlsberg Red Barley beer for the second time this year!

The all-red drink sports a red bottle, label, and cap- but most importantly the beer itself is a strikingly crimson red.

Unlike other red ales, which gets their color from added fruits, the red color of the pilsner comes from the outer-shell of the red barley.

Due to how hard it is to farm red barley commercially, the Carlsberg Red Barley was produced in very limited quantities for the global market.

Only a few bottles were available via lucky draw in Malaysia during The Reds’ championship-winning finals against Tottenham Hotspur in June.

However, this time, Kopites can get their hands on the exclusive red beer.

Simply join the Probably The Best Football Viewing Parties in more than 80 outlets nationwide between 14 September to 28 September to catch Liverpool FC’s matches with Newcastle, Chelsea, and Sheffield United.

You can also participate online for a chance to be the lucky winner of the iconic red brew, which will come with the new Carlsberg premium stem glass in a collector’s gift box with a special video tribute to The Reds!

Beat The Heat With Tiger Crystal