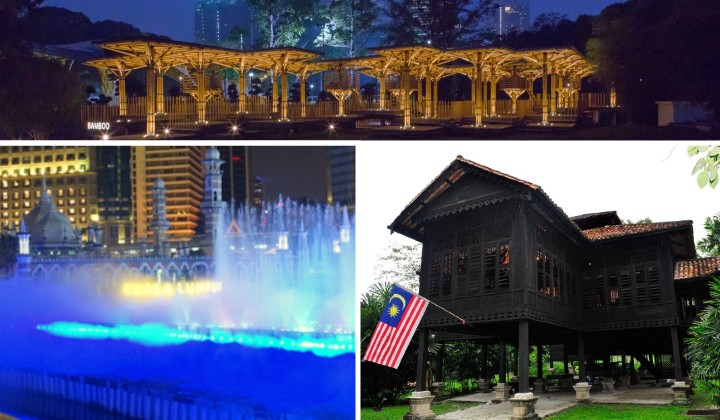 In this series of 5 things all about Malaysia, today we’re highlighting the capital city of Malaysia; Kuala Lumpur!

1. KL is one of the NEW 7 Wonders Cities of the World

According to the new7wonders website, Kuala Lumpur has been picked out of the 28 finalists cities from around the world.

According to the founder of the New7Wonders Foundation, cities were chosen on their merits of achievements and aspirations.

Among the 28 finalist cities were the famous breathtaking cities like Seoul, Barcelona, Perth, and Istanbul.

2. Both KL Railway Station & Masjid Jamek can hold up to 2 feet of snow

Since both buildings were built during the British rule, they were built according to British standards too.

Despite the fact that we will probably never have snowfall, construction regulations still had to be met.

3. KLâ€™s River of Life is one of the Best Waterfronts in World

The Independent UK dubbed the confluence of the Klang and Gombak river as the worldâ€™s top 10 best waterfronts.

Did you also know that the River of Life comes to life at night with Dancing Symphony Fountains?

4. Thereâ€™s a Bamboo â€˜Houseâ€™ smack dab in the middle of the city

Amongst all the other interesting things at the Perdana Botanical Gardens, hidden right in the middle of the park is an island of bamboo.

The playhouse is open for free.

It is a picturesque spot for a photoshoot and even a cool place for a casual lepak session with your friends.

5. A traditional Malay house in Kedah has been lifted to KL

Rumah Penghulu Abu Seman is one of the oldest surviving traditional Malay houses built in the early 1900â€™s.

It used to belong to a village headman in Kampung Sungai Kechil, Kedah.

Later, it was relocated to Kuala Lumpur to be rescued and preserved by Badan Warisan Malaysia. Now, it is safely surrounded by gardens of traditional herbs and over 50 species of trees & plants.

FYI, Rumah Penghulu Abu Seman is just a stoneâ€™s throw away from Pavillion.

That’s all for now about Kuala Lumpur!