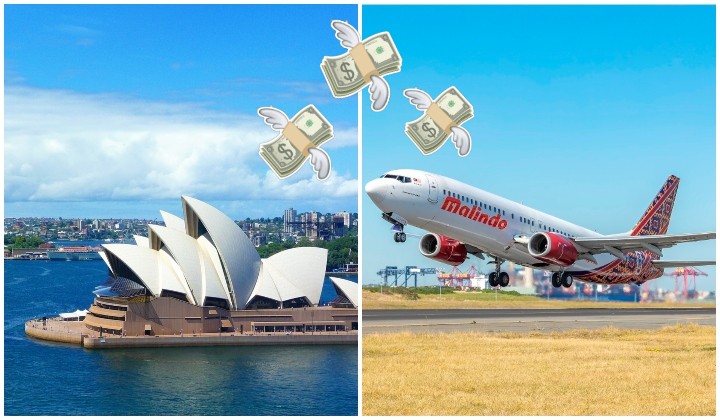 There’s plenty of reasons to go on a trip to Sydney for your next break after working SO HARD throughout the year.

But, we know lah.. Millennial life means always being on a budget.

We hear you asking: “What’s the cheapest flight to Sydney from KL?”

So we Skyscanned and Googled until our mata sakit to present you this flight guide to Sydney.

What are the options?

Yes, there’s actually more flights to Sydney than you think! We’ve narrowed it down to FIVE viable options:

We compared the flights 1 month, 2 months and 3 months away from today (16 August). The return flight was selected exactly one week from departure date.

PS: There were some variants depending on availability of flights, but we tried to keep all the dates as close together as possible.

So let’s get on to the results, shall we?

For a respectable RM 2135, you can enjoy a comfortable enough full service flight to the land down under, which we think is worth it if you have the money!

On average, Scoot Airlines offered the cheapest flights to Sydney with Air Asia coming in as a close second.

However, these are budget airlines where the cost of amenities like meals, entertainment and even sleeping kits are not included.

We will say that we were pleasantly surprised by the flight prices of Malaysia Airlines which hovered slightly around the RM2,000 area – a fair price for full service.

That being said, the prices would fluctuate based on the dates you choose. It’s cheaper to fly on certain dates and there’s also promotions that would bring down the flight prices significantly.

Speaking of which, Malindo Air literally just started flying to Sydney. So, there’s the sweet sweet promotion for return flights for KL-Sydney for only RM799, making it cheapest.You’re welcome 🙂

There you have it! We hope that this guide would help you in choosing your flight to the land down under for a well deserved break.