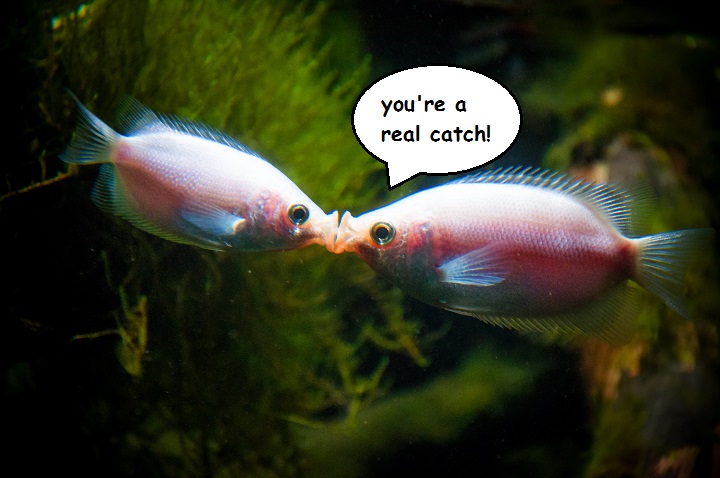 Itâ€™s no secret that something is going on with
Malaysian rivers.

But todayâ€¦ Today we read something that absolutely boggled
our minds..

An article published by The Malaysian Insight on the 15th of August has reported a warning from an expert that endocrine disruptors (EDCs) are turning the fishes in our rivers â€œgayâ€ and even â€œtranssexualâ€!

How does this even happen?

According to the article, itâ€™s by changing their hormones, which then affects their sex.

This shocking declaration was made by Prof Ahmad Zaharin Aris, Professor of Hydrochemistry at Universiti Putra Malaysia (UPM) at a SPAN seminar on river pollution.

Iâ€™m here to deliver a talk on EDCs from source to tap. @span_malaysia pic.twitter.com/obEIV6yefZ

â€œThey changed fish sexual preferences by disrupting their hormones so that males become attracted to males and females to females. In essence, gay and lesbian fish.â€

â€œThere are also fish born with opposite reproductive organs, such as male fish with female organs and vice-versa. So when we eat too much of these fish, they can accumulate in our bodies.â€

Prof Ahmad Zaharin also says that the sex changes in fish and shellfish are due to active ingredients used in the production of family planning pills.

According to the United States Environmental Protection Agency (EPA), effects include:

EDCs can be found in a lot of products like plastic bottles, food cans, detergents, food, toys and even cosmetics!

Soâ€¦. Can they turn the fish gay?

The UK Environment Agency have identified that fish and marine molluscs are at risk of adverse effects from EDCs.

However, they do state that little is known about the â€˜real-worldâ€™
effects of EDCs due to lack of evidence demonstrating EDC impacts on natural
invertebrate populations.

The EPA is also quite cautious in stating thereâ€™s definite proof on the effects on human populations, but they do admit that exposure to low levels of EDC has caused the masculinisation of female marine molluscs.

They also state that there has been several reports on the declining quality of sperm production in humans as well as the rise of certain cancers that indicate endocrine disruption.

Simply put, there MAY have environmental causes, but there’s not enough research to prove the actual cost.

In conclusion, EDCs ARE causing reproductive disruption in aquatic life.

BUT, to say theyâ€™re turning â€œgayâ€, â€œlesbianâ€ and â€œtranssexualsâ€ is an oversimplification that glosses over many complex factors.