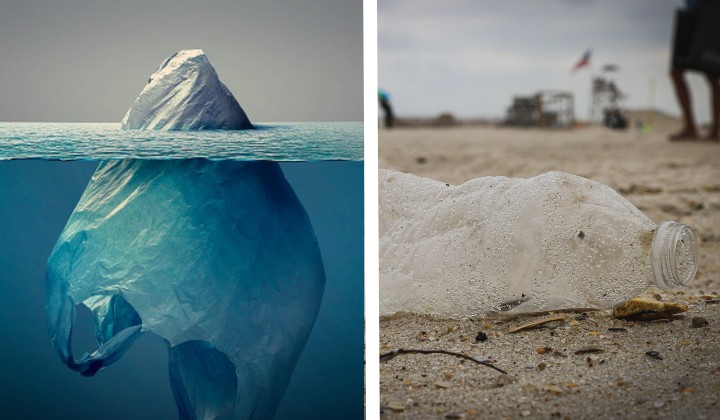 History is being written at this very moment.

While the world struggles with extreme weather conditions due to the climate crisis, another “quieter” part of humanity is being woven into the very earth itself: plastics.

The research team had taken the ice from an isolated stretch of water in the Canadian Arctic, (wrongly) assuming that it would have been sheltered from drifting plastic pollution.

All the plastics found in the ice were at least a year old, and were abundant in various shapes, sizes, and scale.

The research team’s shock and dismay is similar to those felt by explorers who found plastic waste in the Mariana Trench, the deepest place on Earth, earlier this year.

A little closer to human civilization, we are experiencing plastic rain.

In a separate report, American researchers presented survey results that showed microplastic in 90% of rain samples!

Most of these plastics were in fiber form and came in a variety of colors, with blue being most prevalent.

Scientists have already talked about this phenomenon back in 2016.

According to Jan Zalasiewicz, Professor of Palaeobiology at the University of Leicester, all this plastic sinking into the earth will be put into the sedimentary cycle over the coming millennia.

Plastics are hard-wearing, and have an extremely good chance of being fossilized once buried. As proven, there is literally no corner of the earth that is untouched by plastic waste and pollution anymore.

This layer of plastic will just be proof that humans existed on this planet and show our impact on its ecosystem, just like how dinosaurs and their fossils can be studied today.

Though it might be weird to think of plastic as archaeological and geological materials, it’s simply because we’re already living in it.

In this day and age, humanity is the main geological force, and our lasting legacy in the geological record on planet earth will not be our technology or culture- it will be the plastic that is increasingly accumulating everywhere.

Welcome to the Age of Plastics.