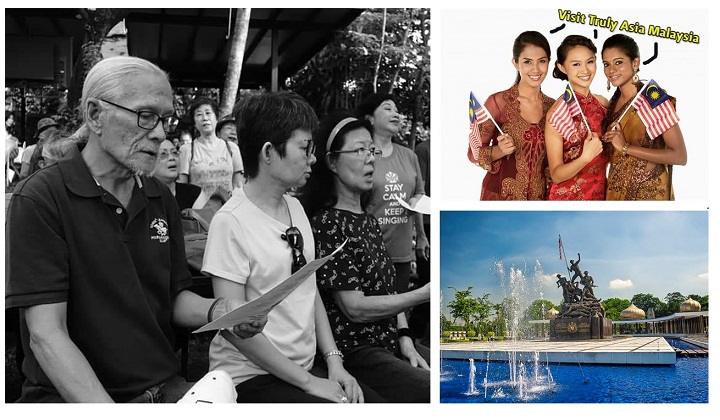 Bored of the Merdeka Day parade, but you just wanna
do SOMETHING besides zoning out in front of the computer?

Hereâ€™s TRPâ€™s list of 5 interesting outings you can do this August (besides the Merdeka Day Parade):

Wanna know what happened in the years before Malayaâ€™s independence from British rule?

Then, head on to the Proclamation of Independence Memorial at Padang Pahlawan in Malacca.

The two-storey Dutch colonial mansion is home to a treasure trove of history with precious documents that range from the Malacca Malay Sultanate right up to the eve of independence in 1957.

Itâ€™s even got the table that Tunku Abdul Rahman used during
the declaration of Merdeka!

Yes, weâ€™re as surprised as you that thereâ€™s a Merdeka
Obelisk.

No, itâ€™s got nothing to do with Illuminati.

Apparently, itâ€™s one of the most significant monuments of our countryâ€™s independence- marking the spot where the last British resident commissioner of Malacca handed over the instrument of independence to Tun Leong Yew Koh, Malaccaâ€™s first local governor on 31st August 1957.

This spot is also where Tunku Abdul Rahman first announced
the date of Independence after he returned from London in February 20 1956.

The Merdeka Obelisik is also at Padang Pahlawan in Malacca and features the letter â€œMâ€ (for Merdeka) in the middle of an 11-point star.

Hereâ€™s a 2-in-1 deal, chill on the beaches of Port Dickson AND get acquainted with the nationâ€™s past warriors.

In the museum, youâ€™ll learn of many local fighters and warriors who battled bravely during the Japanese occupation and even modern day heroes.

For example, the brave soldiers of the Malaysian Army who rescued American soldiers during the Battle of Mogadishu, which later went on to be the basis of Hollywoodâ€™s Black Hawk Down movie.

Alright, weâ€™ll admit this is a little clichÃ© but how many of us ACTUALLY appreciated Tugu Negara during our school trips all those years ago?

Located on Jalan Tugu, this imposing monument was built to commemorate those who lost their lives defending the country during World War 2 and the 12-year Malayan emergency.

Itâ€™s estimated that the nation lost almost 11,000 civilians
and security forces during these troubled times.

The 15-metre bronze sculpture depicts 7 soldiers with one
victorious fighter holding the Jalur Gemilang up high. FYI, Tugu Negara is also
the biggest freestanding bronze sculpture in the world!

Itâ€™s also right next to the Perdana Botanical Gardens, so
you can hop over and enjoy one of the oldest and biggest parks in Kuala Lumpur!

Yes, make your Sound of Music dreams come true by joining The Philharmonic Society of Selangor for a sing-along in the lush foliage of Taman Tugu Nursery!

On a bright Sunday morning, youâ€™ll get to sing along with music lovers (and experts) to favourite tunes, building up to Merdeka Day.

Itâ€™s entirely FREE! All you need to bring is a
bottle of water and a sunny smile 😊

The Philharmonic Society of Selangor regularly hosts Singing in the Park, you can check out future sessions on their Facebook page.

There you go folks! Hope you have a little more patriotic fun
this August with a little help from our list.