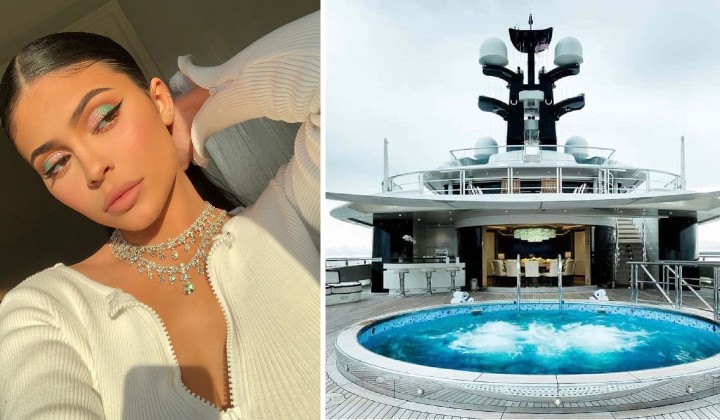 Equanimity (now known as Tranquility), the controversial yacht previously owned by Low Taek Jho a.k.a Jho Low, will be rented by the youngest self-made billionaire, Kylie Jenner, for her 22nd birthday next week.

The 21-year-old will soon have the 300-foot yacht, with its glorious 29 cabin crew, all to herself.

Not to mention the crazy dazzling amenities Tranquility comes with; a helipad, Turkish Bath, cinema, beauty salon, and 22 luxurious rooms.

Surely, Tranquility will be more than enough for her close friends and her to sail away, partying somewhere in the Mediterranean sea, next week.

So far, among the guests rumoured to be boarding Kylieâ€™s 22nd birthday bash are Canadian model Winnie Harlow and hot rapper Nicki Minaj.

The football field-sized yacht will be rented by Kylie for a mere $1.2million (~RM5.5million) a week.

Coinciding with her big birthday bash, Kylie will be releasing her new make-up collection too!

We wish a big happy birthday to Kylie Jenner this August 10th!