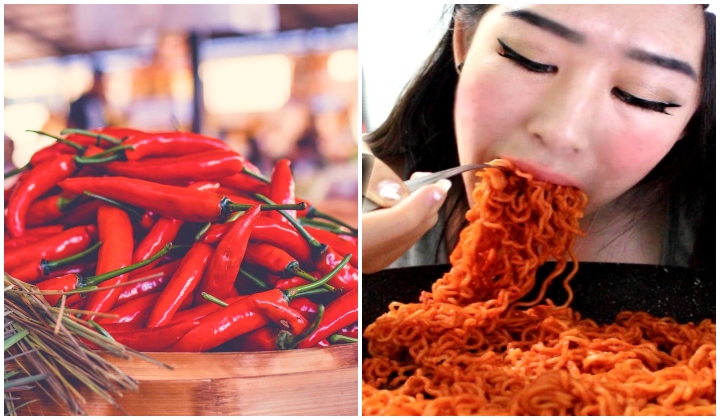 Has anyone noticed that Malaysia has been hotter recently?

We’re not talking about the weather, but the increase in tongue-burning, eye-watering, butt-clenching spicy food on our plates – from Samyang Hot Chicken Spicy Noodles to McDonald’s Extra Spicy Ayam Goreng.

While you may regret these heated decisions the next morning, it turns out you’ll probably regret them in the next few decades, too.

New research has found that a spicy diet could be linked to DEMENTIA!

The 15-year study on Chinese adults over 55 years old found that those who ate more than 50 grams of chili a day had nearly DOUBLE risk of memory loss.

You know what’s the worst bit? Memory loss and poor cognition were HIGHER in skinny fellas compared to their “healthier” counterparts. So, if you’re gonna eat chilli, eat until puas lah.

However, the type of chilli monitored in this study was fresh and dried chilli only. Capsicum and black pepper were spared from this terrible news.

Why and how could chilli cause memory loss? The researchers don’t know. But, they do note that the results are interesting when compared to their previous studies that found chilli beneficial for obesity and blood pressure.

There are also other studies that have found capsaicin (the active compound in chillies) beneficial for cognitive function & for Alzheimer’s disease.

South China Morning post says that the study has got a lot of people hot and bothered in China.

Scores of heated up users on the social media platform Weibo have been debating the topic, torn between disbelief and resistance.

Chilli undermines my memory, but I can’t live without it! Sichuan and Hunan people would disagree [with the findings]!