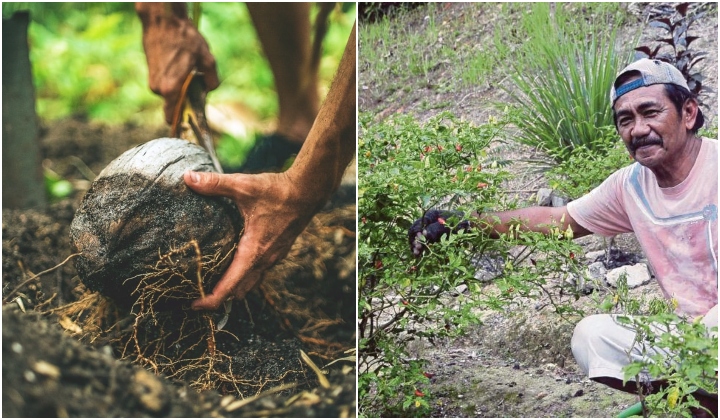 Retired civil servant, uncle Zakaria Othman from Kuala Pilah was upset when he noticed a plot of land near his home in Taman Putra was becoming a dumpsite for construction materials.

But, instead of sitting idle waiting for someone to do something, he took matters into his own hands, quite literally speaking.

Uncle Zakaria first removed the rubbish bit by bit and then once heâ€™d made enough space, he started planting some chilli seeds.

When the chillis thrived, he grew more plants.

Now, uncle Zakaria has removed almost one tonne of rubbish from the site and transformed it into a mini orchard.

Speaking of his amazing green project, Zakaria said his neighbours thought he was crazy when he first started.

â€œI love to plant vegetables but it was hard to find a nice area until I came across the plot. When people learnt of my plans, they said I was crazy as the area was filled with rubbish. They also said the land could be infertile. However, I pressed on.

Now, there are more than 10 types of plants in this mini plantation.

10 years on, there are still challenges to face every day with growing his large fruit and vegetable garden. At the moment, uncle Zakaria is finding it hard to remove the stones on the 0.1ha plot of land, though heâ€™s tried using some of them as decoration.

In the future, uncle Zakaria plans to expand his orchard and is looking forward to sharing his harvest with his neighbours.