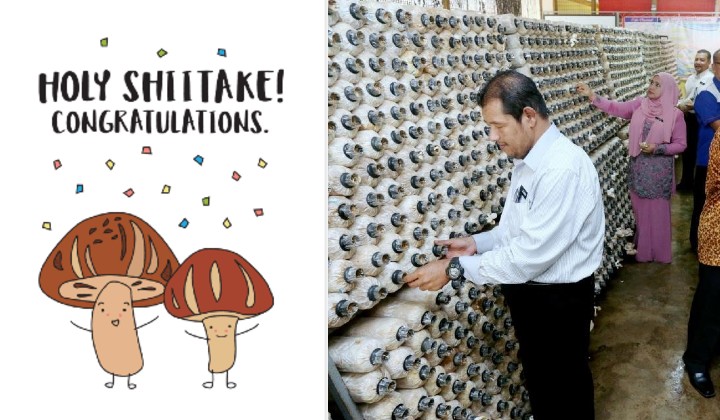 Over the past year, the Parent Teacher Association of SK Bakong in Bachok, Kelantan had pioneered mushroom cultivation in the state to help generate additional income for the school.

They started with only two types of mushrooms; grey oysters and split gills.

The mushrooms found home in an old canteen building that was modified into a mushroom farm.

It is reported that parents monitor the temperature and humidity of the shelter twice a day to make sure the fungi are in good condition.

Generally, grey oysters are the easiest mushrooms to grow. Within 2 months, you can already grow 3 crops of mushrooms.

It is estimated that they produce about 15kgs of grey oysters a day, which are then sold at RM10 per kg in Pasar Jelawat to wholesalers.

The split gill mushroom harvested only for 2 months (April to May), on the other hand, was sold at RM40 per kg!

Grey oysters are also medicinal and nutritional. They help boost immunity and are rich in protein.

So on top of making some moolah, they chose the right type of mushrooms, alright.

Though wonder we why the students didn’t help out…