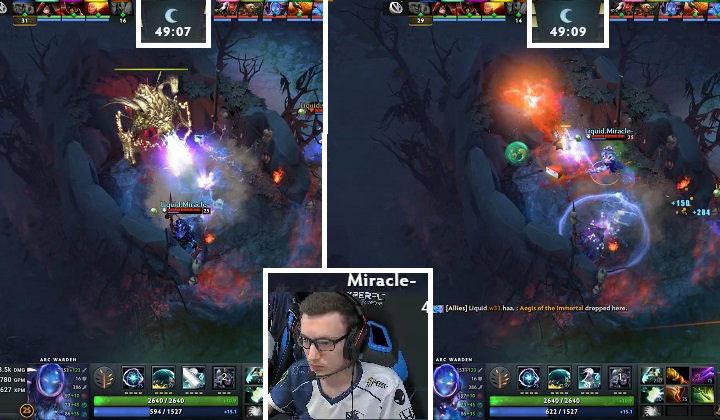 If you play multiplayer online battle arena (MOBA) games then you’d know how tough the map boss is supposed to be.

But over the weekend a new record was set for the fastest Roshan kill in a legitimate game of Defence of the Ancients (DOTA) 2.

We looked for Roshan on GIPHY but only found this guy.

Well, ABOUT A SECOND in the 49th minute of a professional game nonetheless!

Miracle- would go on to win MVP at the EPICENTER Major international Dota 2 tournament.

During the tournament, 16 of the best teams in the world fought for a slice of the USD1,000,000 prize pool at the CSKA Arena in Moscow, Russia, with the playoffs lasting from June 24 to June 30.

Dota 2 was developed by Valve Software as the follow up to a phenomenally popular mod of Warcraft 3.

The game consists of two teams of five picking unique champions and battling it out across an arena to destroy the other team’s base.