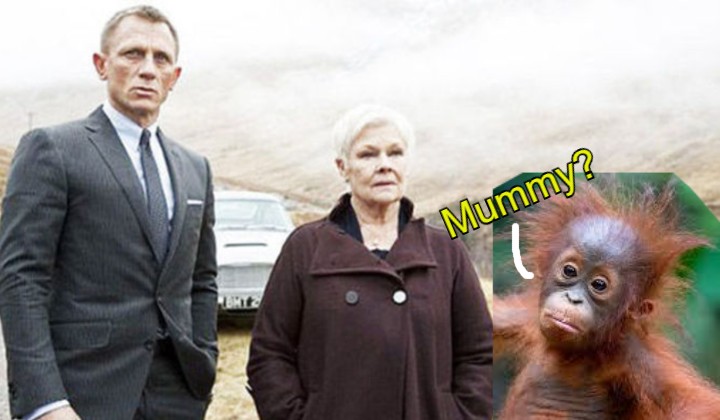 Yes, you read that right.

Dame Judi Dench, revered British actress and no-nonsense M
of the James Bond movies has adopted not one, but THREE Sabah orangutans!

She announced the adoption of three orangutans on the premiere of her new documentary aired on British TV, â€˜Judi Denchâ€™s Wild Borneo Adventureâ€™, where she visits threatened habitats across Borneo, including Sabah.

The actress has also launched a campaign to protect the
Bornean rainforest and its endangered species.

Thatâ€™s right, this 84-year old bad*ss isnâ€™t only saving the
world for villains, but also from deforestation!

In the documentary, Dame Judi is seen playing with wild and
orphaned orangutans at the Sepilok Rehabilitation Centre.

According to The Telegraph, she was apparently charmed by a â€œtiny
little orangutanâ€ that acted in a playful manner â€œlike a childâ€.

The documentary comes as a wakeup call with the planet undergoing what is now called â€˜Climate Crisisâ€™ where mass deforestation is a contributing factor.

WWF-Malaysia reports that there are about 11,000 orangutans left in Sabah today. The population of the gentle ape has declined by over 40% in the last 20 years mainly due to planned conversion of forests to plantations.