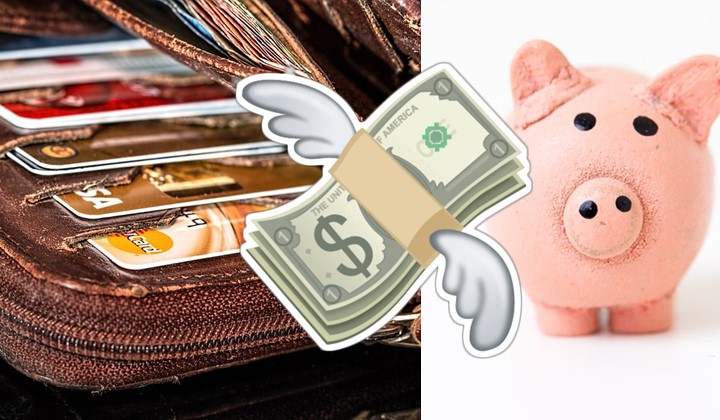 Anyone who has ever tried living paycheck-to-paycheck can tell you that it’s 100% terrible, 0 stars, do not recommend.

Unfortunately for a lot of us, it’s the harsh reality of life. It’s eating Maggi every day so you can afford to pay rent.

But you’re still financially-minded even living paycheck-to-paycheck, so you budget like crazy and always keep a small sum of savings. Life isn’t too bad. You’re alive.

Then maybe you get a raise, or a side-hustle takes off. Suddenly you have more money hitting your bank account every month. I can save so much, you think, and I can actually afford a proper double-special Ramly burger now.

But months pass and you realize your savings more or less still look the same, and if anything it’s almost like you run out of money faster than when you were living paycheck-to-paycheck.

Well, it’s called the lifestyle creep. As your financial ability increases, so does your lifestyle.

It’s not necessarily bad, but it’s something that you need to be aware of to make the best judgement for yourself and your lifestyle.

The Good: You increase your quality of life. You are healthier and less stressed. You’re able to afford the things you should have gotten months ago but kept putting off.

Example: your car has been making an awful shrieking noise every time you drive it, but you never fixed it because you couldn’t afford it.

Now you can bring it in to the workshop and get it looked at. It’s an okay fix, costs a few hundred ringgit. Your car is fine now. You feel so much safer driving now. The money you spent has had a direct contribution to your quality of life!

The Bad: You’re a lot more relaxed with your budget. You feel a lot less guilty about treating yourself “once in a while” and eat out more.

Example: Family Mart has bubble tea for less than RM5. You can buy two or three and it’ll only be about the price of one at the other places so it’s actually better, right? Plus you deserve it because you had a long day. You’ve only had it twice this week.

No. Previously, you wouldn’t have even spent the RM5 because you couldn’t afford it, even if you have had a long day. Now, you can afford to indulge yourself everyday if you want cuz it’s so “cheap”!

It’s called the lifestyle creep because it’s sneaky. The RM5 bubble tea every two days will total up to around RM60 a month, and you wouldn’t even have realized.

When you make a comfortable amount of money, it’s even more crucial that you spend correctly and budget well. Pay off debts, buy important things, keep yourself protected, and treat yourself in moderation.

Don’t live in squalor and survive only on Maggi for the sake of “saving”, of course (no one should). Just make sure that you stick to your budget and you won’t feel the negative effects of lifestyle creep as much.

Everything in moderation, y’all.

MOF: No Compound And Accrued Interest For Hire Purchase Loans