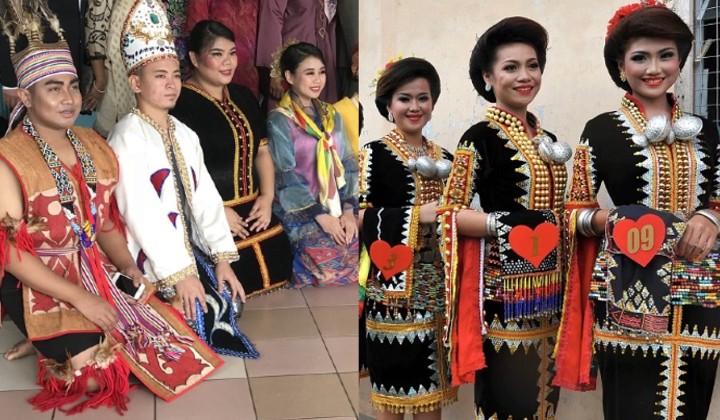 Good news for our Bornean brothers!

According to The Borneo Post, Datuk Seri Wilfred stated this had been agreed by United Pasokmomogun Kadazandusun Murut Organisation (UPKO), who passed a resolution back in October 2018 to make Sabahâ€™s traditional ethnic costume as the official dress at any official government function.

As the traditional outfit includes the sigar (menâ€™s headgear) and womenâ€™s head scarf and limpogot (waist band), these will also be allowed to be worn in the office.

â€œBah, its busana, so it means a complete traditional outfit. We try to dress as such as much as possible.â€

Sabah is home to 32 officially recognised ethnic groups, who each possess distinctly unique traditional outfits. Amongst them include the Kadazan-Dusun, Bahau, Murut and Rungus ethicities.

These outfits show off impressive needle-work as well as
intricate embroidery with beads and sequins. Theyâ€™re often paired with headgear,
belts and other ornaments.

This is a welcome move that allows the Sabahans to proudly showcase their cultural heritage.

Currently, civil servants wear batik to the office every Thursday. Maybe one day, we can all wear traditional outfits everyday to the office?