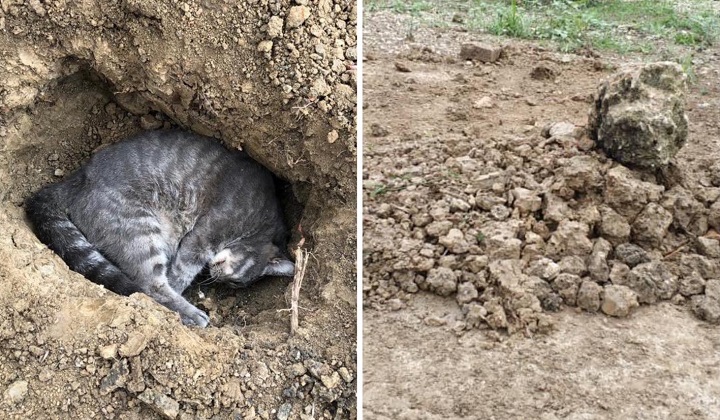 Hari Raya is commonly associated with fond memories, good food, and the gift of bonding with family members. After all, who doesnâ€™t brighten up at the mention of Raya?

Unfortunately, there seems to be a rising case of deaths in pets this Syawal. Several upsetting posts on Twitter are surfacing from pet owners on how children have abused their cats to the point of death.

Twitter user @Uyushh posted the upsetting news about her pet cat, King, needing to be rushed to the hospital after being viciously hit on the head with a hard object.

The impact of the injury was so severe that the poor creature had a high chance of being paralysed. King was hospitalised for 2 days, said to be in a coma, but then later passed away.

This caused an uproar in netizens, but unfortunately also brought several other mourners who suffered a similar fate.

Another mentioned how they just found the corpse of their beloved cat, not knowing how it passed away, as they were busy cooking for Raya while the kids were left to roam freely.

As upsetting as this news is, it brings up a new topic that needs to be discussed. Should kids be allowed to go to such extents without suffering any backlash?

Almost all of the victims experienced the parents of the children merely replying with, â€œItâ€™s just a cat, so what?â€ when faced with the consequences of their childrenâ€™s actions.

This enabling behaviour can be far more toxic than the actual children themselves, as we donâ€™t know how many more things in the future will their parents brush aside as excuses.

Regardless of age, parents must be able to discipline their childrenâ€” especially in extreme cases like these. Respect is a two way road, peeps!

It seems that netizens are equally upset about the terrible news that has spread this Raya with many blaming the parents of the children involved.

Finally, do you think twitter user @emiley____ right in her treatment of ill-mannered children? She slapped a kid who stepped on her cat.