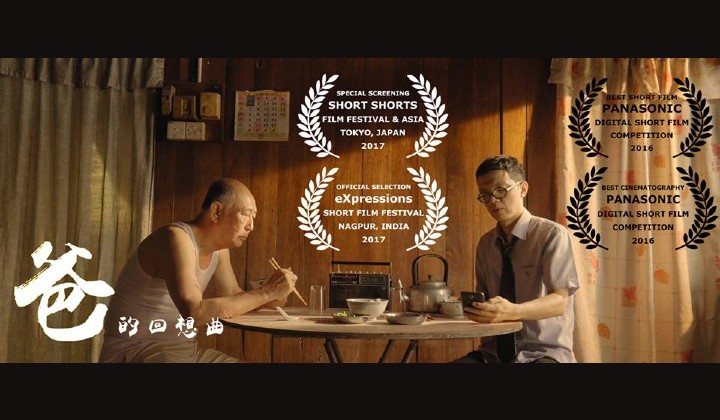 When you lose a loved one, sometimes you wish you could tell them one last thing before theyâ€™re gone forever.

Thatâ€™s exactly what Victor Chen felt when he lost his father to lung cancer. â€œI wanted to whisper â€˜I love youâ€™ to him [â€¦] But I didnâ€™t know how to express my love for him then.â€ he told Free Malaysia Today.

And so, he chose to say it with â€œMy Baâ€™s Radioâ€, an emotional film that won him Best Short Film award at the Mantova Lovers Short Film Festival in Italy last May.

Victorâ€™s directorial debut beat out 1,500 submissions from around the world at the inaugural Italian film festival which carried the theme The Love That Survives Over Time.

With Father’s Day just around the corner on 16th June, Victor’s film hits us right in the feels.

The nearly 11-minute film centres on a sick father who clings on to the memories of his late wife through a small radio and his son who does not know how to reach out to him.

â€œMy Baâ€™s Radioâ€ is especially profound to the Seremban-born filmmaker whose father always carried a radio around with him. What’s even more touching is that the film was shot on his late fatherâ€™s birthday at Victorâ€™s grandfatherâ€™s house in Semenyih.

He admits that the entire project was a personal and emotional one for him and his crew of passionate friends, who were supporting him throughout the film-making process.

â€œMy Baâ€™s Radioâ€ is so beautifully made that it also won Best Short Film and Best Cinematography at Panasonic Digital Short Film Competition 2016 and presented at Tokyoâ€™s Short Shorts Film Festival & Asia 2017 as well as various film festivals in the US, India, Pakistan, Bangladesh and France.

Watch Victor’s genius for yourself in the award-winning short film below.
(Warning: Get a box of tissues ready because your eyes are about to turn into Niagra Falls)