It’s been a couple of years since we got to celebrate Hari Raya to the fullest. 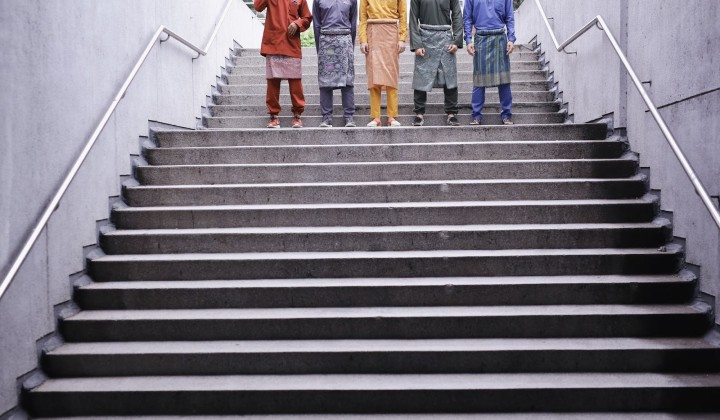 As the holy month of Ramadan comes to an end, Muslims all around the world are poised to celebrate Eid al-Fitr, Hari Raya Aidilfitri or Hari Raya Puasa as its more commonly known here.

Marking the end of a month of fasting and rigorous self-control, Raya is a joyous occasion and remains one of the biggest celebrations in the Islamic calendar.

Loosely translated as the “festival of Breaking Fast”, Aidilfitri sees millions of Muslims from across the globe coming together for a day of communion and festivities which only comes once a year.

Although each corner of the globe would have its own unique customs and traditions in celebrating this blissful occasion, we thought that it would be fun to give you a quick rundown of how Malaysians tend to celebrate their Hari Raya.

The Start Of Syawal

It is a widely accepted notion in Islam that a new day would begin at sundown. This is why Raya celebration tends to start before the actual holiday even begins.

Traditionally, Hari Raya would begin with the first sighting of the crescent moon, marking the end of Ramadan and the start of Syawal—the 10th month in the Islamic lunar calendar.

During the good ol’ days, families would crowd together in front of the TV, eagerly awaiting the appearance of the fable Pakcik Songkok or the Keeper of the Rulers Seal to declare the official date for Aidilfitri.

Takbir Raya In The Air

The coming of Raya is typically accompanied by the soulful sounds of the takbeer or takbir, where Muslims chant the name of Allah (S.W.A) as a show of faithful gratitude and to give thanks for the blessings that they have been given throughout the month of Ramadan.

Reciting the takbir is also considered to be a declaration of one’s success in tying down one’s demons and lustful desires during the whole fasting month.

The Takbir Raya can be heard echoing through the night, from sundown till the following morning, as Muslims gather for the days Raya festivities.

During the first day of Aidilfitri, Muslims would congregate to the mosques for prayer and listen to a short khutbah (religious sermon).

Generally, the Eid Prayers would only be attended by men, however, women are welcomed and encouraged to join in.

This is also the time where you would get the first look at your family, friends, neighbours (and even arch-nemesis) strutting out their glamorous looks for Aidilfitri.

Zakat is the act of giving charity or alms to the poor. It is considered to be one of the main pillars of the Islamic faith.

The act of paying Zakat Al-Fitr or Zakat Fitrah is mandatory for all Muslims (man or woman) if they can afford to do so.

It is encouraged for Muslims to pay the Zakat Fitrah before the end of the morning Eid Prayer as the principle behind the collection is to be used and distributed to the needy in order to aid them during the festive period of Aidilfitri.

The morning of Aidilfitri is also a sombre and reflective moment for some, as families would also take time to visit their deceased loved ones.

Families and friends would gather around gravesites in their festive baju raya attire, praying on their behalf and even taking time to clean and spruce up their loved one’s final resting places in the spirit of Hari Raya.

Whether you’re having a small gathering at home or a huge family assembly at kampung, Raya time is best spent surrounded by those you love (or mildly annoy you).

The first hours of Aidilfitri are generally spent cherishing those around you and taking the opportunity to strengthen the bonds between one another and (at least, try to) enjoy each other’s company.

As the common Raya greeting goes…

Which basically translates to, “Happy Aidilfitri” and “I seek forgiveness from you.”

A big part of the Hari Raya celebration is the act of giving thanks and seeking forgiveness from those around you.

Aidilfitri is THAT time of the year (for most also the ONLY time :p) to ask for forgiveness and to pardon those who have done you wrong.

It is the time known for moving forward in life: wiping the slate clean and starting anew.

We are all familiar with the saying “to give is better than to receive”, well it is a common belief in Islam that: the MORE you GIVE, the MORE you shall RECEIVE.

Though the history behind the practice of giving Duit Raya still remains a mystery, the act of giving out packets of money as customary gifts has become synonymous with the festivities of Aidilfitri.

It is generally considered to be an offering given from the elder members of society (regardless of your relations or ties) to the younger ones of the generation, with the notion of teaching them valuable lessons in effort, compassion and the faithful practice of giving.

Eat all the food!

Well, this part comes as no surprise as Hari Raya is of course the time to indulge in delightful dishes!

Muslims are also forbidden to fast during the first day of Aidilfitri, so take time to relish in delectable traditional local delicacies, some of which you can only get during the Raya season.

It is a common custom here in Malaysia to invite guests over to celebrate the holiday seasons together.

A Hari Raya open house is the perfect occasion to spend quality time with friends, family, neighbours and even strangers. All in the festive spirit of Aidilfitri.

Malaysians would usually move from house to house, from pekan to kampung visiting as many homes as they can, while filling out their tummies (and pockets) along the way.

Though fireworks are technically illegal here in Malaysia, it can’t be denied that no festive season would be the same without the sparkle, sounds and dazzle of fireworks filling the atmosphere.

Both children and adults share this common love for all things that go BOOM (even when the fear of losing an eye or a finger would loom in the back of everyone’s minds).

They say that Hari Raya lasts an entire month—As such, most of this is going to be relevant for at least a few more weeks, so share it with the people you know who could benefit from new info or a refresher at the least.

Restaurant Owner Humiliates Family Who Can’t Afford Their Meal, Stranger Steps Up To Pay The Bill