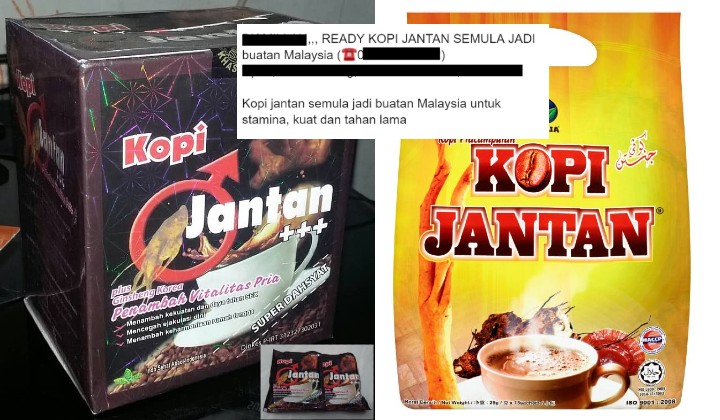 It seems that ‘strong’ isnâ€™t a normal coffee order, for Malaysian men at least.

Ever heard of Kopi Jantan?

It literally translates to “Male Coffee”. Kopi Jantan claims to be a natural brew made with herbs thatâ€™ll keep you (and her) up all night.

According to Vice UK, there is an uprising in the consumption of Kopi Jantan as a fast and easy fix for men who canâ€™t keep it up.

Men are also pumped up by its claims as a natural alternative to synthetic drugs like Viagra and Cialis.

They key ingredient in the â€œmanlyâ€ drink is tongkat ali, commonly used in Malaysia and Indonesia as an aphrodisiac by boiling the root with water and drinking the brew.

However, Andrologist Dr Ismail Tamby told Vice UK, â€œThese beverages contain illegal materials like Viagra or Cialis which need to be registered. They are scheduled poisons, as far as the Ministry of Health is concerned. It can only be prescribed through a doctor.â€

The dangers of swallowing this manly drink is quite a latte apparently, as the coffee can cause
blood pressure to drop dangerously low and interact badly with prescription drugs.

In fact, Kopi Jantan is so dangerous that itâ€™s been recalled in the US after the FDA raised the red flag due to it containing Viagra-like chemicals.

Which essentially means that you can literally get a stroke while you, ehem, stroke..

That’s not the only problem though, the sale of Kopi Jantan is quite unregulated.

Just do a simple search on Facebook and youâ€™ll see hundreds of sellers touting the miracle powers of the caffeinated brew thatâ€™ll make you a robust lover in the bedroom.

Heck, itâ€™s so popular that itâ€™s penetrated into mamaks and the neighbourhood sundry shop, displayed in their full glory

The good news is that the Malaysian Ministry of Health is proposing a new law with longer jail terms and higher fines against those who tamper with food and beverages.

We know it sucks when your soldier canâ€™t stand at attention, but please use your head and seek help from a licensed professional.

This is one of those things you don’t want to mess around with too much, right?