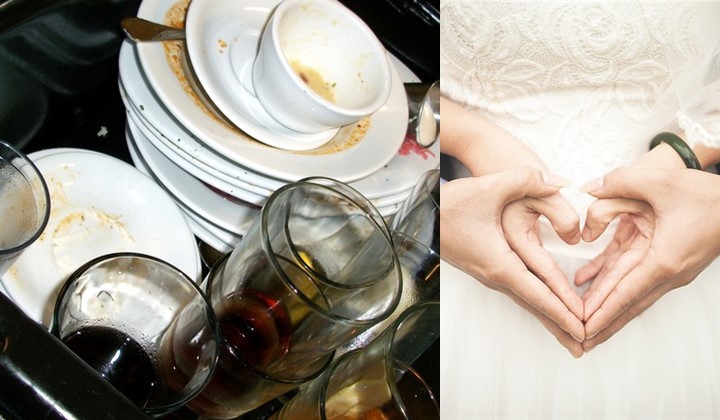 No one actually likes to do chores, but itâ€™s something that just has to be done.

But according to Dr Huang Wei Li from Taipei, men should be proactively doing more house chores because there are many positive health benefits for them.

Men who do their chores after returning home from work tend to be better at efficiency and time management.

They juggle responsibilities almost all day and still need the time and energy for chores.

They have higher EQ

Letâ€™s be real: chores can often be frustrating. Have you ever tried to remove a really stubborn stain?

Men who do chores learn to control their frustrations and problem-solve better. They also tend to shake off work-stress better and are not as easily agitated.

Men who often do chores will realize that things just need to be done. Even if you donâ€™t feel like it, dirty dishes do not clean themselves.

As a result, they learn to push past temporary laziness and will be more determined to complete chores sooner rather than later.

They are more emphatic

Everything seems simple and easy until you do it. Men who do chores understand the difficulties and effort needed to complete them.

As such, they are less likely to nit-pick or express dissatisfaction over small matters, because they are more emphatic to the struggles and hardships of others.

Many of us living a sedentary lifestyle can agree that we are sitting or laying down for 90% of our lives. From work to our commute to our downtime, more often than not we are sitting down.

Men who do chores are healthier by being more active at home, and tend to be happier and live longer. It is really unhealthy to sit or lie down immediately after eating, so you might as well get some chores done while you exercise!

Men who do chores have a higher quality of life (naturally). They live in a cleaner, tidier environment and are more likely to take care of their health and bodies.

This leads to better rest, which leads to a boost in positive and calmer moods.

They have more sex

I mean really, what did you expect? Studies show that couples who share chores have more sex than everyone else.

When men do the chores, women feel much more satisfied in the fair relationship, and are more welcoming of sexual activities. Itâ€™s a win-win situation!

P.S. For the men who have a significant other: you know what they say, a happy wife = happy life! And for those who are still searching: men who willingly do chores are very, very sought-after!

P.P.S. All women already know this. Weâ€™ve been trying to get men to do chores all our lives. Why do you think weâ€™re so good at stuff?