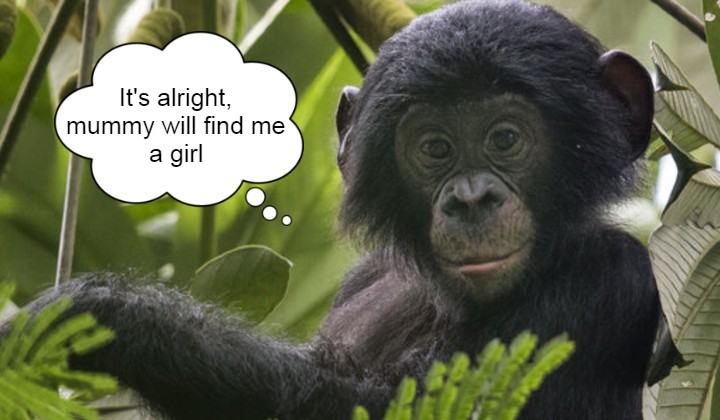 Are your ears bleeding from your mother’s nagging; Asking you to marry and give her grandchildren?

Or is she showing you yet another picture of her friends’ children asking you to marry already?

Well she’s not the only one, because Scientific America reports that mother bonobo monkeys, a type of chimpanzees found primarily in Congo, match make for their sons, too!

It was discovered that mother bonobos would pair their adult sons with a fertile female.

They also fend off other males from trying to court females they have chosen to be their daughter-in-laws.

The study also found that bonobos who have matchmaking mothers are three times more likely to have offspring.

So it turns out, matchmaking happens not just in the kampung, but also in the jungle!

Students Criticised For Planning To Marry In Thailand Without Telling Parents