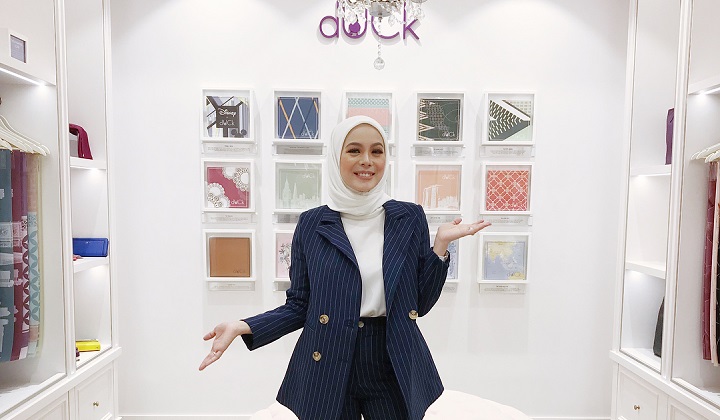 Universiti Teknologi Mara (UiTM) is being placed
under the spotlight as netizens rain in their opinions on the recent
appointment of local entrepreneur, Datin Vivy Yusof as a member of the uniâ€™s
board of directors.

The announcement which was made on UiTMâ€™s official social media channels yesterday was echoed with waves of chatter as Malaysianâ€™s are split over the decision.

Some seemed rather pleased with the appointment, mentioning that the success of the fashion icon was notable enough to warrant her appointment.

People and Malaysians should be happy that now sheâ€™s one of the UiTM board member. I donâ€™t know why people are mad and leave hate comments. She is one of the successful businesswoman in Malaysia. Open minded or Worldly Mindset. pic.twitter.com/Hca54uCUXd

Whatâ€™s wrong with Vivy being one of ahli lembaga UiTM? She can speak out, she can influence people, she can talk business strategies, she can contribute and she had proven enough for the things she CAN do. Alumni ke tak, UiTM need BIG THINKERS. Dia bukannya jual tudung je. 🙄

However, this outlook was not shared by everyone, as many are still questioning the reason for the move.

The appointment of the UiTM new board member only further proves how cheap our universities are. 😏

Goosebumps when I saw this. Alhamdulillah, Iâ€™ve been given a huge task from the Minister of Education now as the youngest Board Member of UiTM, a beloved university in Malaysia. I have so much respect for the Chairman and other Board Members for doing what they do, and although I donâ€™t have the same wealth of experience, I hope to contribute all that I can to give fresh ideas, bring some newness to UiTM and hopefully benefit the education industry in many ways. Bismillah to this new role! ❤️ #wassupUiTMpeepsimherenow #janganmasukclasslambatnanticikguvivymarah @uitm.official

A law graduate from the London School of Economics, Vivy has garnered numerous praises and accolades over her career following the success of her two most notable businesses, FashionValet and dUCk â€“ Vivyâ€™s fashion brands.