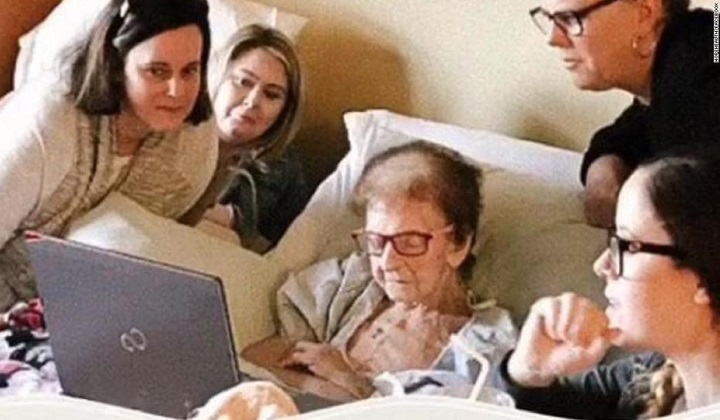 Somewhere in Rhode Island, United States, 88-year-old grandmother Claire Walton had joked with her caretakers about wanting to meet the cast of Games of Thrones (GoT) before she died.

Later, she changed her mind to just hoping to watch the latest episode of GoT on Sunday on HBO.

Her second wish was granted. As was her first, in a way.

She was sent 10 personal messages from the cast, including by the actors who played Syrio Forel, Ser Davos Seaworth, Pypar and Qhono.

The 27 year-old Staz Nair even joked around in the video that he was unrecognizable without his character’s facial hair.

They were all sending all their love and dropping greetings to the hospice patient.

And just in time, because unfortunately, Walton passed away the evening after the episode aired.

Surely, Games of Thrones knows no age limit and may she rest in peace with all those who lost their lives playing the Game.

Source via:
1. CNN, May 1, 2019 (A hospice patient’s final request was to watch the Battle of Winterfell. The ‘Game of Thrones’ cast did her one better)

Tags
GoT GoT cast